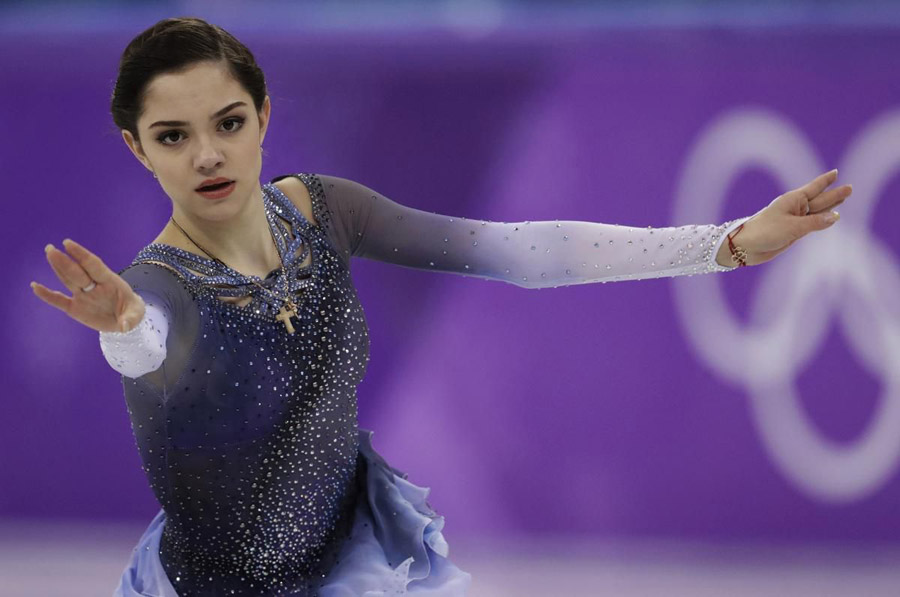 MOSCOW—Russian figure skater Evgenia Medvedeva will switch to working with Canadian coach Brian Orser after she apparently fell out with her longtime coach.

The Olympic silver medallist confirmed the move Monday but said she’ll continue to compete for Russia, ending speculation at home that she was preparing to change nationality.

The 18-year-old Medvedeva had worked for 11 years with Russian coach Eteri Tutberidze. However, their relation seems to have soured three months after another Tutberidze pupil, Alina Zagitova, beat Medvedeva to Olympic gold.

Medvedeva thanked Tutberidze, who has a reputation as a taskmaster, in a statement, adding: “I learned many life lessons from her. I will remember it all my life.”

Of her switch to Orser, she said: “I hope that time will pass and everyone will understand that this was the only possible option.”

Since the Olympics, Medvedeva has launched a TV career as a presenter on a Russian show about child skaters, but has repeatedly said she’s targeting another Olympics in 2022.

Medvedeva won the prestigious Grand Prix Final in December 2015 where she achieved the third best overall score in history of 224.54.

Evgenia Armanovna Medvedeva was born 19 November 1999 in Moscow. Her mother, a former figure skater, and father, Arman Babasyan, an Armenian, are divorced.