David Ignatius: The greatest beneficiaries of recognition of the Genocide of the Armenians will be the Turks 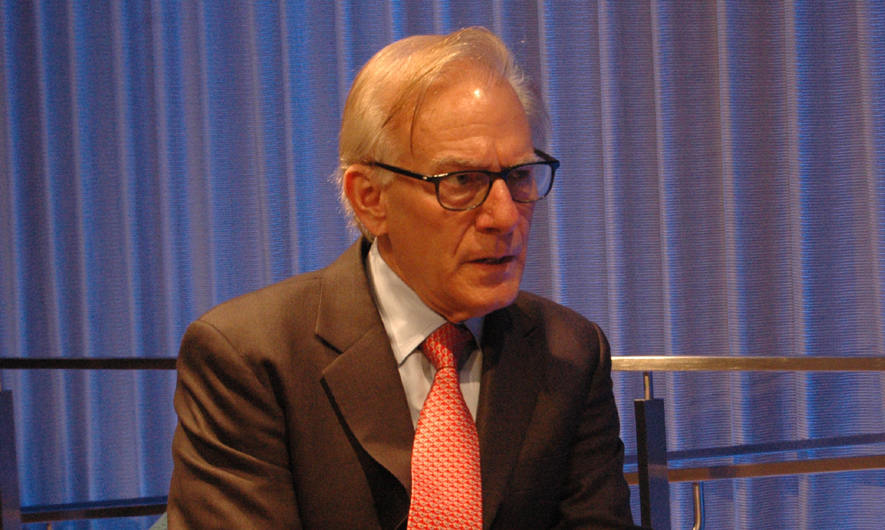 On March 2-nd The Aurora Humanitarian Initiative, in partnership with the National September 11 Memorial & Museum, hosted distinguished members of the humanitarian community to explore the drivers of human solidarity during the first Aurora Dialogues event in New York City. The event, titled “Solidarity Beyond Borders: Stepping Up When Others Step Back,” focused on what moves people to risk their lives and stand up for others in extreme situations. The panel discussion was moderated by Washington Post Columnist David Ignatius.

Karakachian: Mr. Ignatius, what is the reason that the United States Government doesn’t recognize the Armenia Genocide?.

Ignatius: I think the answer has to be that there’s been political pressure on the administrations, not to recognize the fact of this Genocide, the fact that’s established over and over by historians; political pressure coming from Turkey. Which, with reasons that sometimes are a mystery, has been unable to really engage with, deal with, it’s own history. I’ve written that I think the greatest beneficiaries of recognition of the Genocide of the Armenians, in the end, will be the Turks, who won’t be hiding from their own history. We know the history, we’ve told and retold the stories. But the Turks, like people everywhere, need to own their own history. And so, that would be my strongest hope. I’ve met some very courageous Turkish journalists and human rights activists, who make this argument passionately, that it’s essential for Turkey, not for Armenia, for Turkey, to recognize the truth of this. And I hope that the US government will do the right thing, as it should have years ago, and make a clear statement.

As an Armenian American, I’ve been very proud to be involved in the activities of the Aurora Initiative.

Karakachian: Mr. Ignatius, you’re a journalist, you’re a respected journalist, and you’re a novelist. Your novel, Body of Lies, was made into a major Hollywood movie. What inspired you to write about a spy novel? about the middle east crisis.

Ignatius: I wrote my first novel in 1987, it was set in Beirut and it was about the CIA’s operations in the middle east, and I drew on some journalism that I had written for the Wall Street Journal, where I worked. When I first went to Beirut as a correspondent in 1980, there was just something that clicked. And I don’t know whether it was something in my blood, in my spirit, or what I had heard from my Grandfather and my Father, I just felt that I was in a world that intuitively fascinated me and it’s stayed with me ever since. Armenians are so central to the story of modern Lebanon, they found a place there, as they have in France, as they have in the United States. But the Armenian community in Beirut, became a special school for me, teaching me about my own.

Karakachin: By the way, i was born in Beirut.

Ignatius: So you would probably be born and lived in Bourj Hammoud,

Karakachian: Yes, a big part of my life. 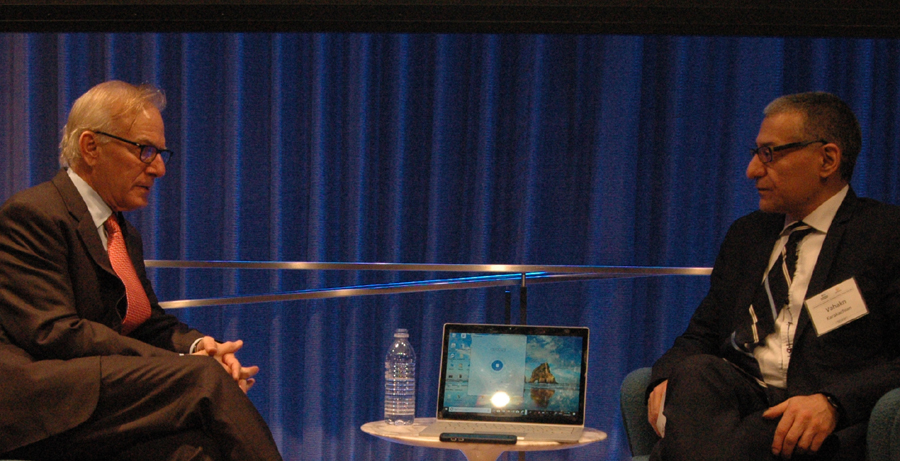 Ignatius: So, after that first novel, Agents of Innocence, I wrote a series of books. The second book dealt with themes of Armenia and Turkey, it’s called Siro, and there’s a lot of my Armenian story in it. My third novel was about Iraq and the world of Saddam Hussein. Body of Lies was a book that I wrote after 9/11, in the years when the US was trying to take down Al Qaeda, and the story I told was about how the US had worked with the Jordanian intelligence service. If you, if people who have seen Body of Lies will remember the most wonderful character probably isn’t the one played by Leonardo DiCaprio, or even the one by Russel Crowe, but the one played by an actor named Mark Strong who played the Jordanian chief of intelligence, and his name in the movie is Hani Basha

Karakachian: And he plays his role so well.

Ignatius: And he does, he plays it brilliantly. I just was in Jordan recently and I went to see as a journalist the GID, the Jordanian Mukhabarat, and they couldn’t, boy they all shook my hand, “please Mr. David, come sit down”, and I realized, that there is a nice thing about telling the stories of people, even the people who are supposed to keep all the secrets, like the Mukhabarat officers. You know people like it when their stories are told. So that, Body of Lies, was a fun experience.

Karakachian: Mr. Ignatius, just one last question. How do you evaluate the mission of the Aurora Humanitarian Initiative.

Ignatius: As an Armenian American, I’ve been very proud to be involved in the activities of the Aurora Initiative. I was asked to be the host of the first two awards ceremonies in Yerevan. And the reason that this was important to me is that I have looked, as a person of Armenian descent, for a way to express that part of my life in a positive way. I feel that Armenians, because of the great suffering that our ancestors experienced during the Genocide, have often been looking backward, and have been guarding our pain and sense of injury, and why doesn’t the world recognize it, why doesn’t America recognize it, why doesn’t Turkey recognize it. While I understand all that, I feel that some, more positive, forward looking way to express what’s important about our character, our identity as a people, is really important. And I feel that the Aurora Initiative found a way to look forward not backwards, to think about giving to others, and not just think about the suffering of our people. And I liked that, and I wanted to be associated with that as a person.

Karakachian: Thank you very much Mr. Ignatius, it was a pleasure.

Ignatius: Thank you, thanks a lot.