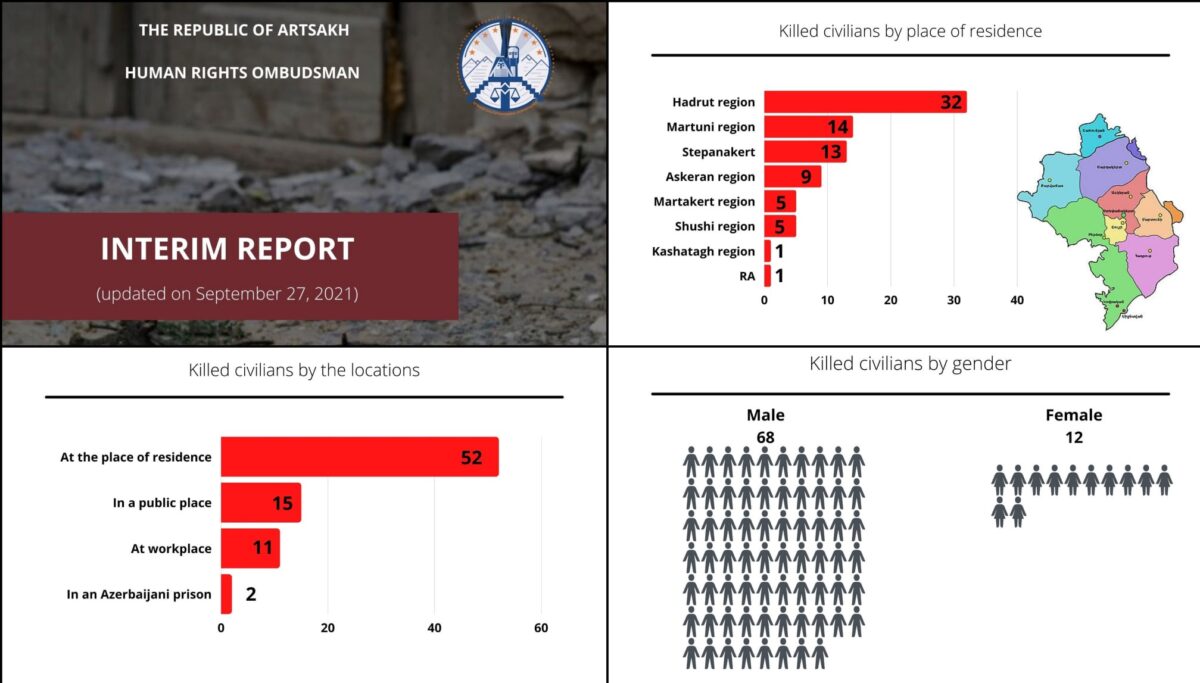 The Human Rights Ombudsman also recorded the cases of 163 civilian injuries, most of which resulted from strikes that resulted in the deaths of others. The fate of two dozen civilians from the territories occupied by Azerbaijan remains unknown.