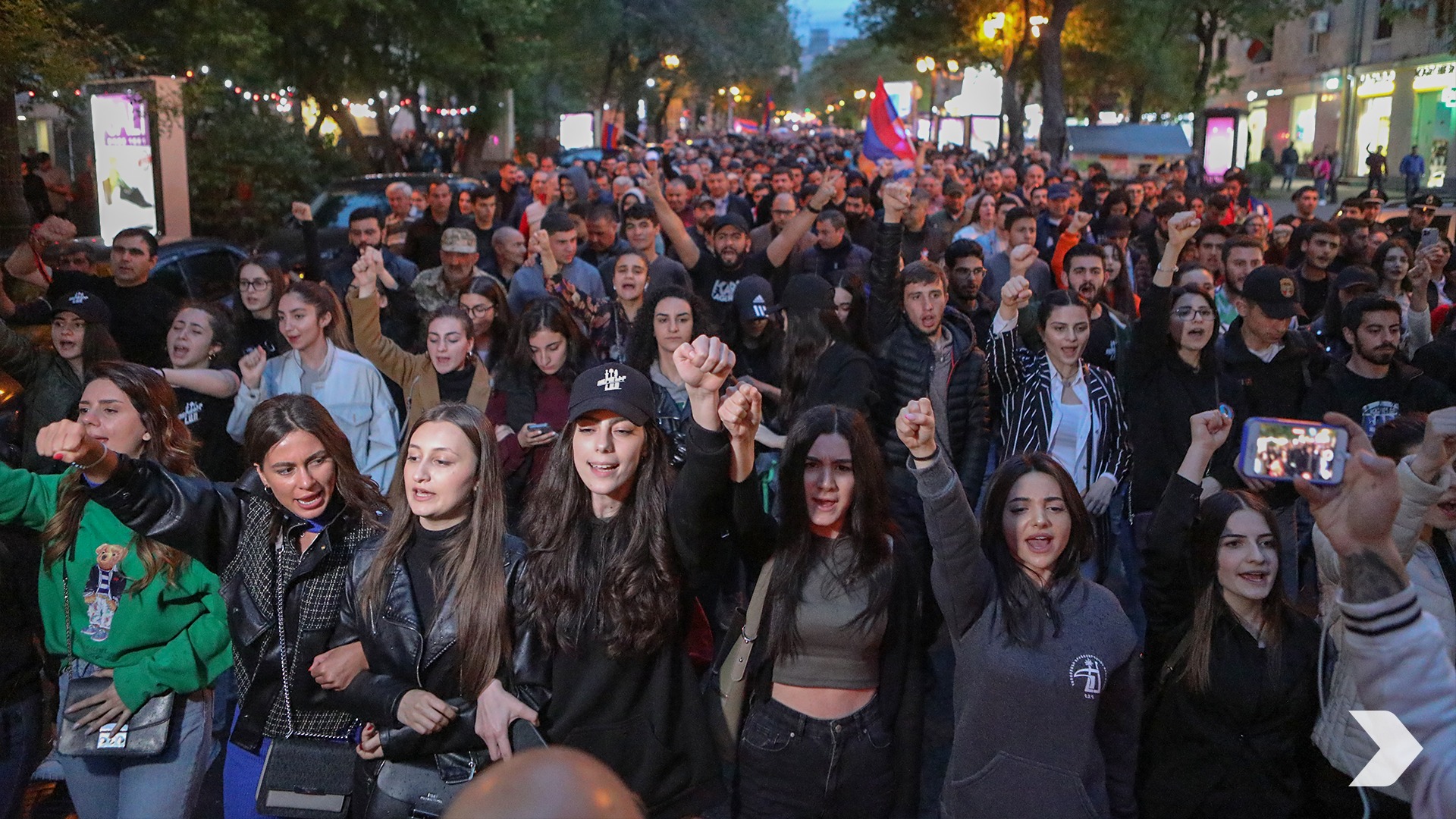 In the last week, Turkish authorities made remarks that effectively amount to an exposure of the Pashinyan regime’s lies to the Armenian public about its policies vis-à-vis Turkey and Azerbaijan.

The Pashinyan regime has repeatedly and adamantly denied that the ongoing Turkish-Armenian reconciliation process entails any preconditions. However, Turkey’s President Erdogan clearly stated otherwise on Turkish television this week when he insisted that, “Azerbaijan has been our red line from the beginning. We have said that we will open our doors after problems with Azerbaijan are solved.”

The opposition has repeatedly complained that the Pashinyan regime is pursuing a policy with Turkey and Azerbaijan at the expense of Armenia’s national interests, particularly as it relates to Artsakh and Turkey’s liability for the Armenian Genocide.

Specifically, the Pashinyan regime appears to have agreed to hand over Artsakh to Azerbaijan, as evidenced by the announcement last week that Armenia will pull completely out from Artsakh by September. Furthermore, since the Pashinyan regime has no active policy on pursuing international Armenian Genocide recognition like its predecessors, that matter is moot as well.

Pashinyan has been doing everything within his power to appease the Turks. Two weeks ago, he even went so far as to ban Mourad Papazian, a prominent leader of France’s Armenian community, from entering Armenia. That action was undoubtedly tied to the ongoing Pashinyan-Turkey love affair, but is apparently still not enough for the Turks.

Despite the Pashinyan regime’s fullspeed efforts to immediately open its borders with Turkey, both Erdogan and Mehmet Cavusoglu, Turkey’s Foreign Minister, have suggested that Armenia has not been able to take complete “concrete steps” toward normalization of relations with Turkey because of the opposition and the Diaspora.

“I am glad Pashinyan shares our view on regional peace and partnership. We now expect that apart from making statements Yerevan will take concrete steps in the settlement process,” Erdogan said. “We have the goal of full normalization and establishing good neighborly relations.”

Cavusoglu clearly blamed the lack of “concrete steps” from Armenia on pressure from the Armenian Diaspora and the domestic opposition. The “Resistance” movement spearheaded by the Armenian Revolutionary Federation and other opposition parties has been holding regular protests since May of this year, demanding Pashinyan’s resignation for his pro-Turkish and anti-Artsakh positions.

“We want to see in practice how sincere Armenia is. So far there are messages, and there are explanations. There’s also pressure, it’s true. The diaspora from the outside, fanatic groups from the inside,” Cavusoglu added, in admission that Pashinyan’s hands have been tied by the opposition.

“We don’t yet see clear steps from Armenia on the Zangezur and other projects or the peace treaty,” the Turkish foreign minister added.

Turkish leaders have reiterated Azerbaijan’s demand for the creation of a Zangezur corridor. The route would connect Azerbaijan to its exclave the Nakhichevan Autonomous Republic through Syunik, the southernmost province of Armenia that also borders Iran.

Such a “corridor” as demanded by Turkey and Azerbaijan would potentially cut Armenia off from its southern neighbor Iran.

Despite the fact that the Turks are clearly stating that the Zangezur Corridor is an absolute precondition, and Azerbaijan’s President Heydar Aliyev has indicated that Pashinyan has already agreed to handing over the corridor, Pashinyan’s Civil Contract Party MP and chairman of the parliamentary committee on foreign relations Eduard Aghajanyan said Cavusoglu’s statement did not amount to a precondition to the normalization process.

Iran on the other hand, doesn’t seem to be buying the Pashinyan regime’s nonsense and has raised its concerns.

“If there is an effort to block the border between Iran and Armenia, the Islamic Republic will oppose it because this border has been a communication route for thousands of years,” Khamenei said.

In essence, the Pashinyan regime continues to mislead the Armenian public while it attempts to hand away Armenia’s sovereignty and future, piece by piece, in an effort to do whatever it can to appease its Turkish neighbors.

As a small consolation however, the opposition’s actions in recent months have had some success in stalling Pashinyan’s Turkish agenda, for the time-being. We will have to wait to see if the general Armenian populace will finally awaken to realize the ramifications of Pashinyan’s pro-Turkish agenda and whether the opposition movement to topple his regime will eventually succeed.