Turkey’s membership in NATO could be ending soon… 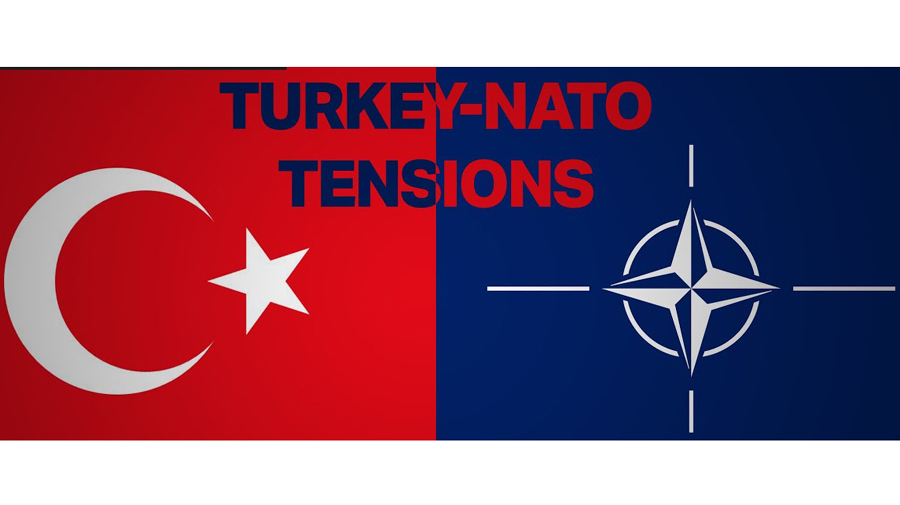 On June 6, 2019, Patrick Shanahan, Acting Defense Secretary of the United States, sent a harsh letter to his counterpart, Hulusi Akar, Turkey’s Minister of Defense. Shanahan threatened to end Turkey’s participation in the most advanced US air force jet F-35 program and implement sanctions should Turkey persist in acquiring S-400 missiles from Russia next month. The Russian missiles are incompatible with NATO’s weapons system and risk to compromise the F-35 jets operations, thus jeopardizing US national security.

Turkish President Erdogan has repeatedly rejected U.S. complaints and insisted on acquisition of the Russian missiles for which Turkey has signed a $2.5 billion loan agreement with Russia. Several Turkish military officers are already in Russia learning how to operate the new missiles. In the meantime, the US has informed Turkey that Turkish pilots who had been training on the F-35 jets in the US for several months have to depart from the country by July 31, 2019.

Acting Secretary of Defense Shanahan’s letter sent shock waves into Turkey’s foreign policy and security establishment as Turkey doesn’t yet know “how to reply,” a senior Turkish security source told Al-Monitor. In the meantime, Turkey had paid over a billion dollars to acquire 100 F-35 jets. Pres. Erdogan announced that he will demand the payment back from the United States. Furthermore, Turkey, as a partner in the F-35 program, has been producing certain parts of the jets which will no longer be sourced from Turkey.

Shanahan wrote to Turkey’s Defense Minister: “All actions taken on the F-35 are based on risks the S-400 presence in Turkey would have and they are separate from Russia-related Countering America’s Adversaries Through Sanctions Act (CAATSA) sanctions. There is strong bipartisan U.S. Congressional determination to see CAATSA sanctions imposed on Turkey if Turkey acquires the S-400. In addition to threatening the security of platforms like the F-35, Turkey’s procurement of the S-400 will hinder your nation’s ability to enhance or maintain cooperation with the United States and within NATO, lead to Turkish strategic and economic over-dependence on Russia, and undermine Turkey’s very capable defense industry and ambitious economic development goals. Pursuing this path will cause a loss in jobs, gross domestic product and international trade. President Trump committed to boost bilateral trade from $20 billion currently to more than $75 billion, however that may be challenging if the United States imposes CAATSA sanctions.”

On June 14, 2019, Turkish Foreign Minister Mevlut Cavusoglu threatened that Turkey will retaliate to US sanctions: “One country cannot give instructions to another on how to act. The US should abandon this behavior. Everyone is concerned about this. How far can it go? If the US takes steps against us, then we will be forced to take reciprocal steps,” he stated in an interview with NTV channel.

What are the next steps? Pres. Erdogan has learned from previous experiences that Pres. Trump does not always listen to his cabinet members or to members of Congress. Erdogan has had several phone conversations to convince Trump to form a joint study group which will buy time for Turkey. In the meantime, naturally-occurring or artificially-created world events may change the present situation. The Presidents of Turkey and the United States are scheduled to meet on the sidelines of the G-20 Summit in Tokyo at the end of June. That would be Erdogan’s last chance to persuade Trump to change his decision on the Russian missile acquisition in July.

If unable to change Trump’s mind, Erdogan will go ahead and acquire the Russian missiles in order to avoid being humiliated by the United States. However, that would only be the beginning of a larger conflict! The United States would impose sanctions on Turkey, seriously damaging its economy. Erdogan could retaliate by banning NATO from using the Incirlik air base in Turkey. The United States would then relocate its jets to Jordan (as Germany has done) or Greece (a NATO member) or Cyprus.

This vicious cycle of punches and counter punches could end up by either Turkey withdrawing from NATO or NATO deciding to expel Turkey.

The removal of Turkey from NATO is a step that has been anticipated for a long time, ever since Erdogan has been acting contrary to the letter and spirit of the NATO agreement. Even though expelling Turkey from NATO is a serious decision fraught with major consequences, Erdogan is the cause by repeatedly violating Turkey’s commitment to NATO and ignoring all its warnings.

The obvious winner in this situation will be Russia which will succeed in weakening NATO by excluding Turkey — the country with the second largest military in NATO, while earning from the sale of the missiles desperately needed income for its collapsed economy.

However, Russia’s success may be short-lived. As soon as a geo-political conflict arises between Russia and Turkey, the newly-formed love-fest will fall apart, putting an end to Turkish acrobatic moves between East and West, and getting abandoned by both!