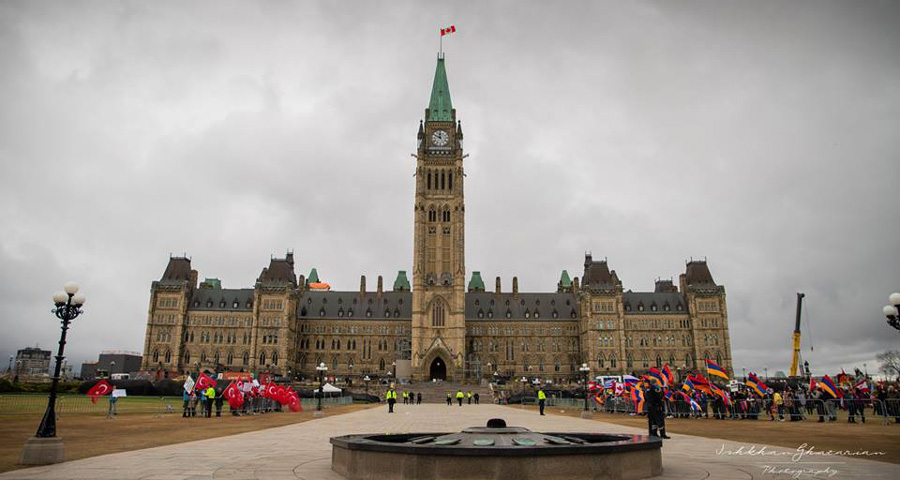 OTTAWA – On Wednesday, April 24, thousands of Canadians from across the country gathered in Ottawa, to commemorate the 104thanniversary of the Armenian Genocide and to reinstate their commitment to remembering, condemning and demanding justice for this grave crime against humanity.

April 24th represents the single most important date in the lives of all Armenians. It is a day of solemn remembrance and commemoration, dedicated to the lives of 1.5million Armenians who perished during the Armenian Genocide of 1915-1923, perpetrated by the Ottoman Turkish Empire. As a part of this state-sanctioned genocide, Armenians, Pontic Greeks, Assyrians and other minorities were subjected to severe discrimination, persecution and a genocide that claimed the lives of millions of innocent women, men and children. 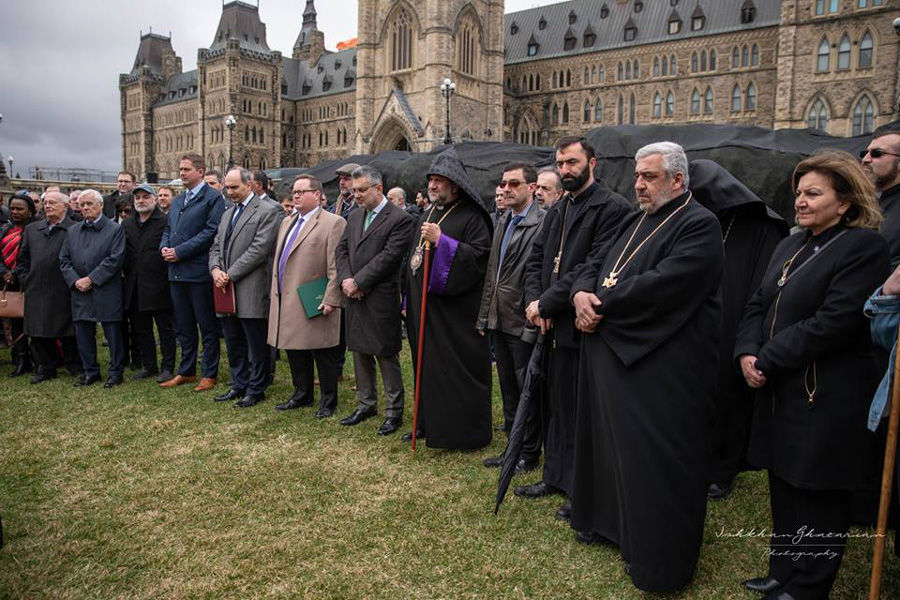 “Despite the passage of a century, our commitment to this timeless cause and to the legacy of our forefathers is stronger than ever” said Shahen Mirakian, president of the Armenian National Committee of Canada (ANCC).

The demonstrators first gathered at the steps of Parliament Hill, where they thanked the Canadian government for its ongoing recognition of the genocide of 1915-23, and called upon the government to exert pressure on its NATO ally, Turkey, to come to terms with its past and to put an end to its ongoing policy of Genocide denial.

“We are extremely grateful to the successive Canadian governments for their principled and courageous recognition of this heinous crime and we will remain committed to working with the international community to ensure a proper and long overdue recognition by the Republic of Turkey” said Mirakian. 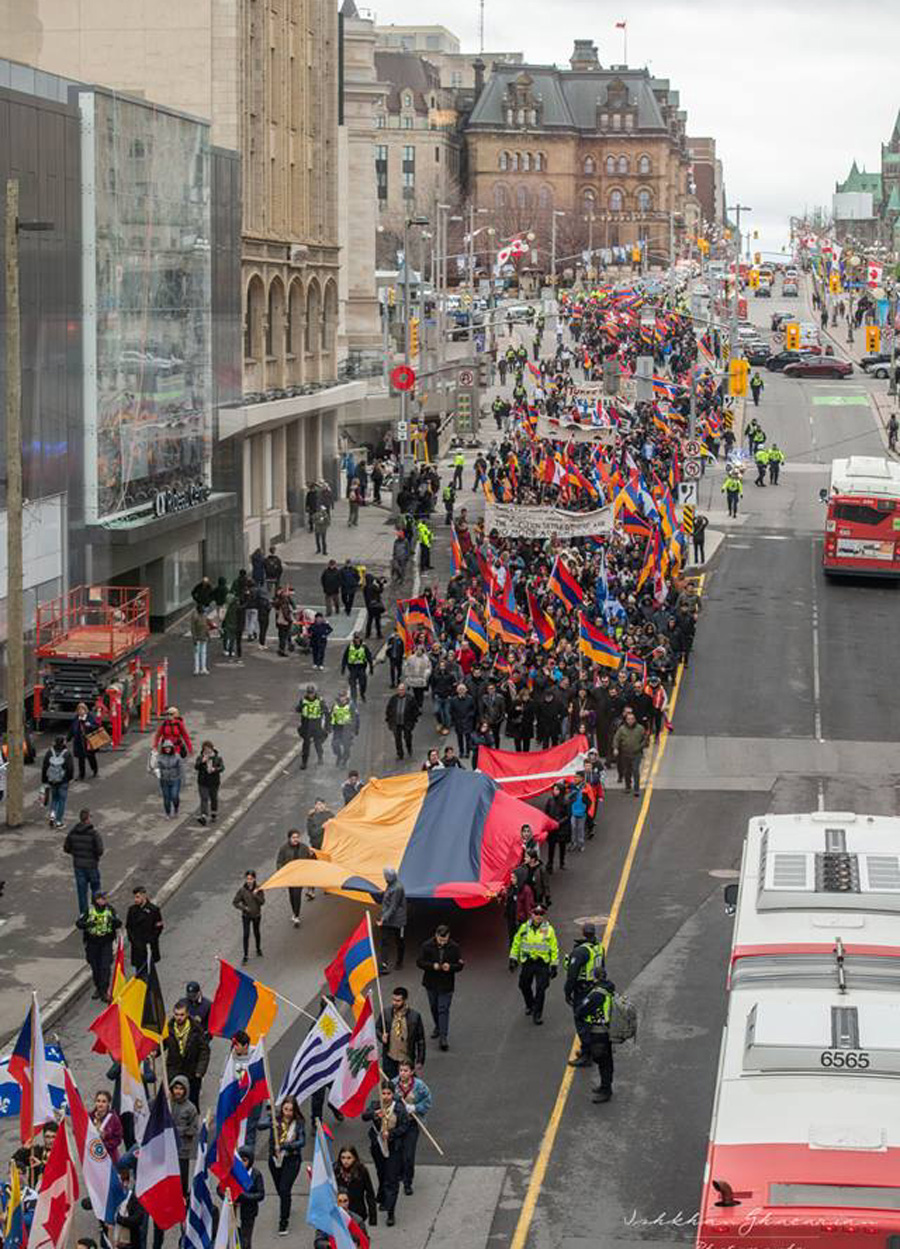 Following the official ceremony on Parliament Hill, the demonstrators ceremoniously marched via Rideau St. to the Embassy of Turkey where they staged a peaceful demonstration against Turkey’s ongoing denial policies and human rights violations, demanding justice for the 1.5 million victims of the Armenian Genocide.

“Our message has been the same and will continue to be the same… we will not accept any apology that does not offer recognition, restitution and reparations from the Government of Turkey” concluded Mirakian.

Every year on April 24th, millions of Armenians and non-Armenians from around the world stand in unison to demand their rights and to obtain condemnation of the crimes that were perpetrated against them by the Ottoman Turkish government. Despite Turkey’s efforts to obstruct progress toward a truthful and just international resolution of this crime, numerous countries and international organizations, including Canada have recognized the events of 1915 as a genocide. 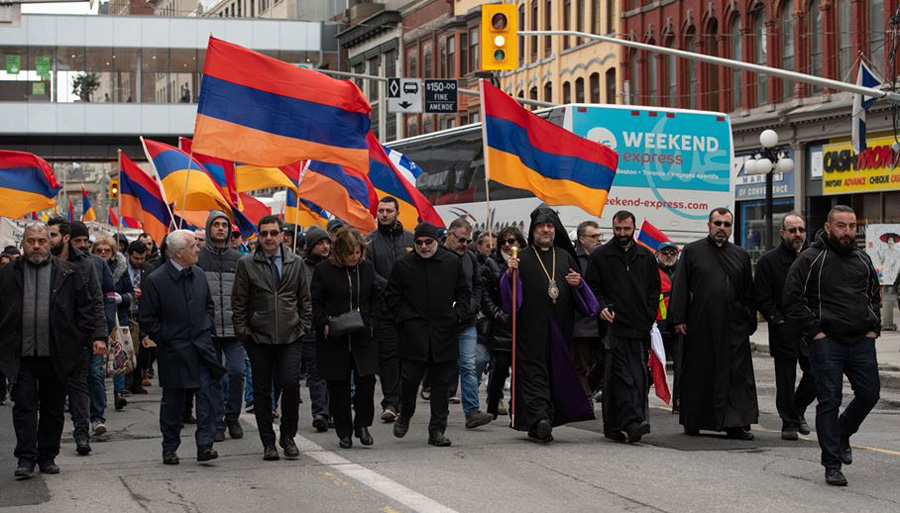