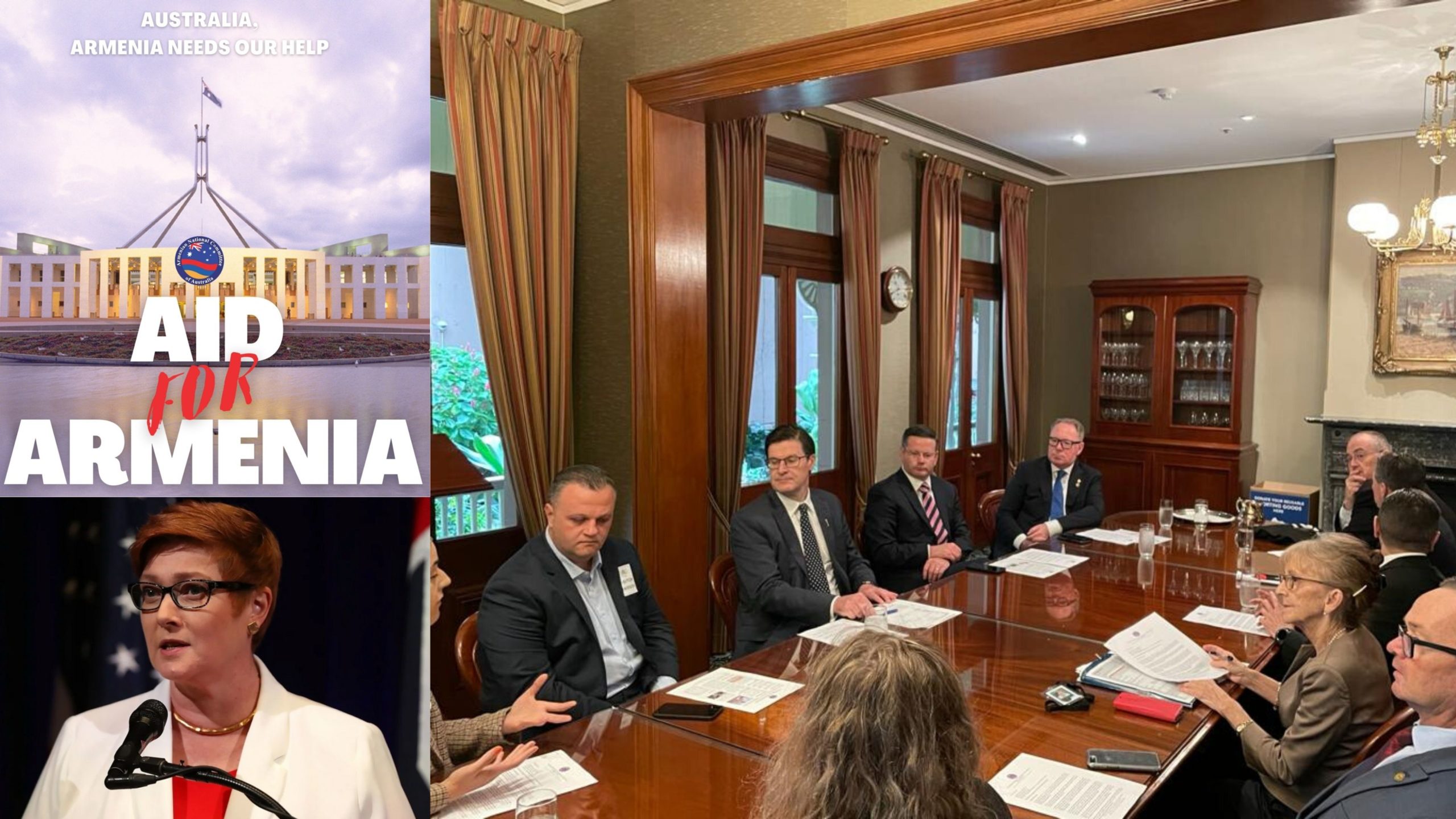 The Armenian National Committee of Australia (ANC-AU) has revealed its recent meetings with Federal and New South Wales state legislators have resulted in bipartisan representations being made to Australia’s Foreign Minister Marise Payne, supporting the peak Armenian-Australian public affairs body’s request for aid through humanitarian organisations on the ground, like the International Committee of the Red Cross (ICRC).

“We are encouraged that so many in the Federal and New South Parliaments recognise the importance of Australia to assist the refugees of the Republic of Artsakh, who are displaced or in captivity following Azerbaijan’s military occupation of their ancestral homes,” said ANC-AU Executive Director, Haig Kayserian.

Most recently a letter co-signed by the Chair and Vice-Chair of the NSW Australia-Armenia Parliamentary Friendship Group, Speaker Jonathan O’Dea MP and Walt Secord MLC declared “strong support for the request for humanitarian aid for the Armenians displaced from their homes in Artsakh”.

Similarly, a group of Federal Members of Parliament and Senators have made representations to Minister Payne echoing these calls for material support.

“We applauded our Government’s provision of aid to Lebanon following the Beirut Blast in August 2020, and are looking forward to a continued manifestation of the Australian values that led to that assistance,” Kayserian added.

“After all, Australians were at the forefront in providing relief to Armenian Genocide survivors in 1915, when then-Prime Minister Billy Hughes provided free freight via the Commonwealth Steamers for the goods collected by the relief committees.”

On the 27th September 2020, Azerbaijani forces launched large-scale air and artillery strikes along their entire line-of-contact with the Republic of Artsakh (Nagorno Karabakh), a self-determined state made up of indigenous Armenians in the South Caucasus. This war escalated over the ensuing months to include non-stop shelling of Stepanakert, Artsakh’s capital of 50,000 civilians, as well as many other civilian populated villages.

As a result of Azerbaijan’s Turkey-backed and Islamist terrorist-fuelled military aggression, and subsequent occupation of what are ancestral Armenian lands, over 50,000 Nagorno Karabakh civilians presently find themselves displaced and in asylum within the borders of the Republic Armenia – as well as hundreds still in captivity as prisoners of war in Azerbaijan – resulting in a significant socio-economic toll on a country already dealing with an extended and debilitating outbreak of COVID-19.

“We thank all those in our community who have participated in our grassroots advocacy to ensure their local parliamentarians support Armenian-Australian calls for aid to Armenians, and encourage those efforts to continue,” said Kayserian.