St. Giragos Armenian Church in Diyarbakir to be restored 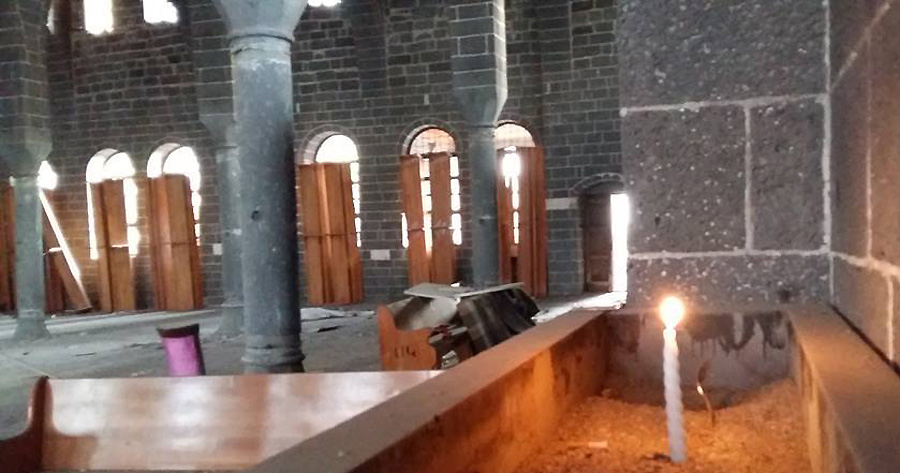 (Armradio) – The St. Giragos Armenian Church in Diyarbakir will be restored four years after it was seriously damaged in clashes between Turkish armed forces and Kurdish militants, Haberler reports.

The Ministry of Environment and Urban Planning stepped in along with the Foundations Directorate-General (VGM), which manages and audits religious foundations, after the Christian community said that they were unable to pay for restoration of the church.

The St. Giragos church was built in 1376 and is known to be the biggest Armenian church in the Middle East. It was used by the German army as headquarters during the World War I and was converted into a warehouse after the war.

Between 1960s and 1980s, the Armenian community obtained its ownership but due to mass immigration to urban areas, the church remained deserted for several years. It was renovated and reopened in October 2011, but was seriously damaged in September 2015.