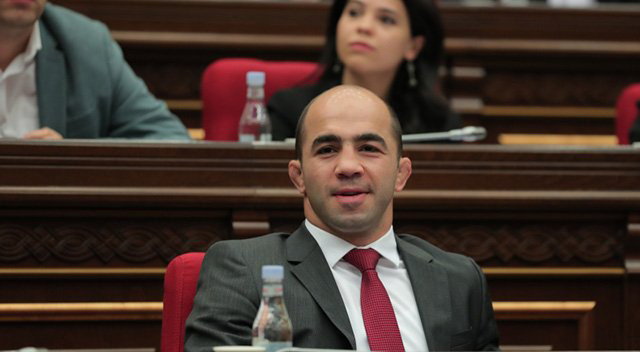 MP Arsen Julfalakyan from the ruling My Step faction has announced the decision to quit the parliament, Public Radio of Armenia reports.

Julfalakyan cited “fundamental disagreements with Minister of Education, Science, Culture and Sport Arayik Harutyunyan on the current management approaches of the spheres under his jurisdiction” as the reason for the decision.

“I think that the adopted path is unpromising, will not ensure the solution and development of the existing problems in the mentioned spheres. Therefore, my further activity in such conditions will certainly not serve my mission as Member of Parliament to effectively defend the interests of our state and citizens,” he said in a Facebook post.

“I would like to emphasize that during my nearly two years at the legislature, I have had effective partnership relations with the “My Step” political team based on mutual respect, mature professional discussions, and dignified approaches. It is very important that during this time healthy, allied, and even friendly relations with some of them have been formed, and we have struggled to solve the existing problems with the necessary dedication,” he added.

Julfalakyan said it was an honor to get an opportunity to serve the country in the capacity of a lawmaker, as well, noting that the decision to lay down the mandate should also be seen as part of that service.