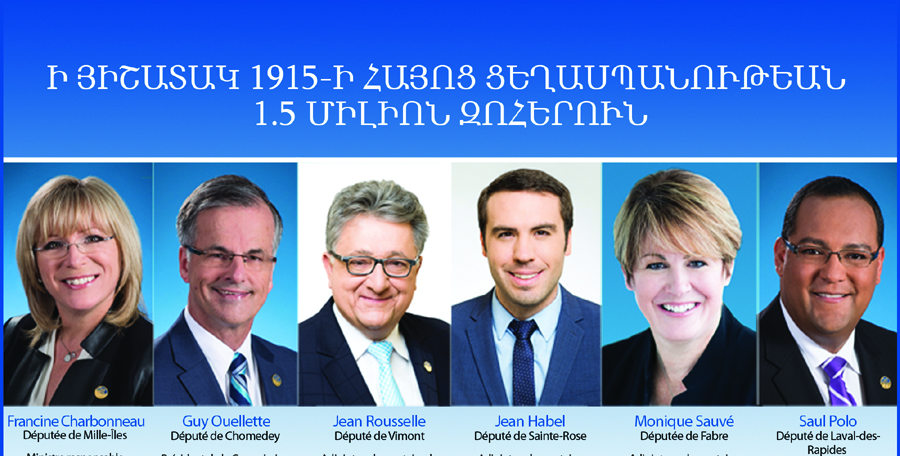 As early as 1980, the Quebec National Assembly and the Ontario Legislature, which together represent 60 per cent of the Canadian population, both officially recognized the Armenian genocide and asked the Parliament of Canada to also do so on behalf of all Canadians.

in April 2004, Bill M-380 was passed in The House of Commons of Canada by a margin of 153-68. It was introduced by Bloc Quebecois and seconded by the Liberals, the NDP and the conservatives.