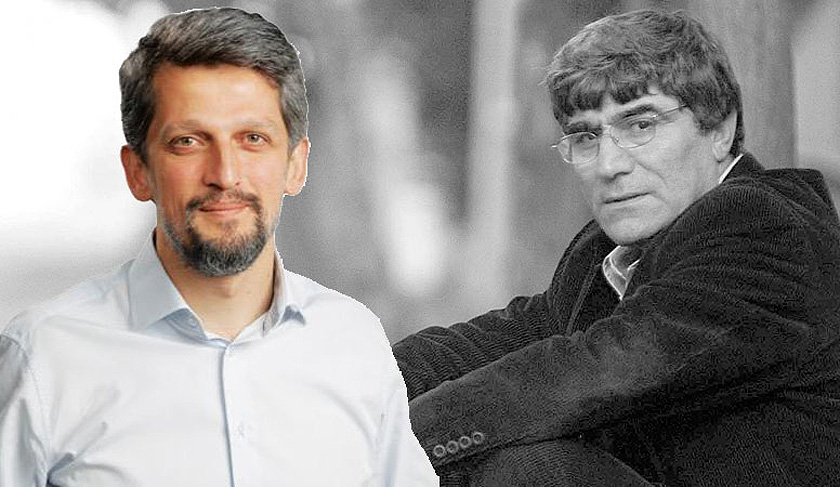 Deputies from the ruling Justice and Development Party (AKP) and Nationalist Movement Party (MHP) have rejected a parliamentary motion from a pro-Kurdish Peoples’ Democratic Party (HDP) deputy that aimed to shed light on the murder of Turkish-Armenian journalist Hrant Dink in 2007, according to the party’s website. The parliamentary motion was submitted to parliament by HDP Diyarbakır deputy Garo Paylon, who is also of Armenian origin.

Referring to the Article 98 of the Constitution and Articles 10 and 105 of the Internal Regulation of the Turkish parliament, Paylan expressed his demand for a Parliamentary Investigation into Hrant Dink murder in following words:

“Although it has been 12 years since Hrant Dink was murdered, Dink Murder has still not been brought to light, the public officials who were involved in the murder and their liabilities in the murder have not been enlightened and justice has not been served.

“Just as the period which resulted in the murder of Hrant Dink, the judicial process regarding the murder has also been disabled by practices which will leave a mark on the collective memory. A Parliamentary Investigation shall be launched in order to bring the murder into the open with all its truth.”

Dink was assassinated in İstanbul on Jan.19 2007 by an ultranationalist youth. Although 12 years have passed since the murder, Turkish authorities have failed to reveal the masterminds of the murder.

Numerous irregularities in the Dink murder investigation have been pointed out by lawyers and human rights groups since the trial began in July 2007, including deleted evidence and security and police officials misinforming the court, as well as “lost” security camera footage from cameras around the scene of the murder.

Before his murder Dink had been receiving threats from Turkish nationalists for his statements on Armenian identity and his describing the killing of Armenians in the final days of the Ottoman Empire as “genocide,” a claim Turkey categorically rejects.