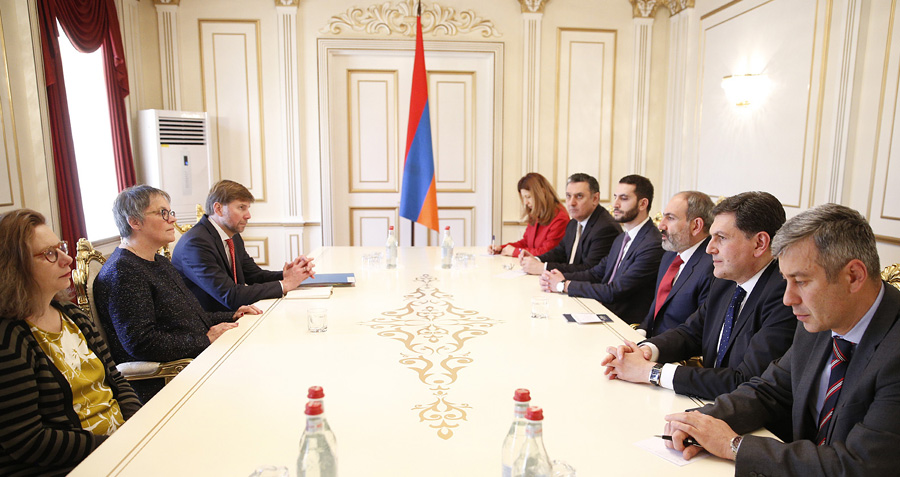 The Prime Minister noted that the Council of Europe and PACE are important partners for Armenia in the development of democracy and the strengthening of civil society. According to Nikol Pashinyan, last year’s political changes in Armenia stemmed from these processes and there was no foreign involvement in them: democracy is not a matter of external political orientation for the people of Armenia but an internal belief and a system of values.

“The Government of Armenia has developed a comprehensive agenda for democratic reforms. Close cooperation with European structures, including the Council of Europe and PACE, is of paramount importance for its successful implementation,” the Prime Minister said, highlighting his forthcoming visit to Strasbourg in April. Nikol Pashinyan will deliver a speech at the PACE spring session.

The PACE President said she was glad to meet and discuss cooperation issues with the Prime Minister of Armenia. She pointed out that PACE is closely following the developments in Armenia and welcomes the peaceful and non-violent implementation of political changes.

“Armenia’s citizens were able to achieve democratic changes in a peaceful way, and this is a very good achievement for Armenia,” Liliane Maury Pasquier said. Touching upon the outcome of snap parliamentary elections, she noted that strong with the citizens’ overwhelming vote of confidence, the political force led by the Prime Minister is now better poised to push ahead with the reform agenda. Liliane Maury Pasquier assured that the Council of Europe and PACE stand ready to support Armenia in this process. She noted that they are all looking forward to seeing Prime Minister Pashinyan in Strasbourg in two weeks.

The interlocutors next discussed prospects for deepening bilateral cooperation. Prime Minister Pashinyan said his government’s priority is to strengthen democracy, achieve institutional development, including the strengthening of political institutions, the establishment of an independent judiciary, promoting freedom of speech, etc.

The PACE President pointed out that the Council of Europe and PACE are prepared to back the Government in this process, including as part of the 2019-2022 Cooperation Action Plan.

Thanking the PACE President for readiness of cooperation and support, Nikol Pashinyan noted that as a full member of the Council of Europe and PACE, Armenia is interested in developing cooperation with the European structures to upgrade the democratic standards in our country, since the Armenian citizens have earned that right and the Government will do its utmost to enforce it.