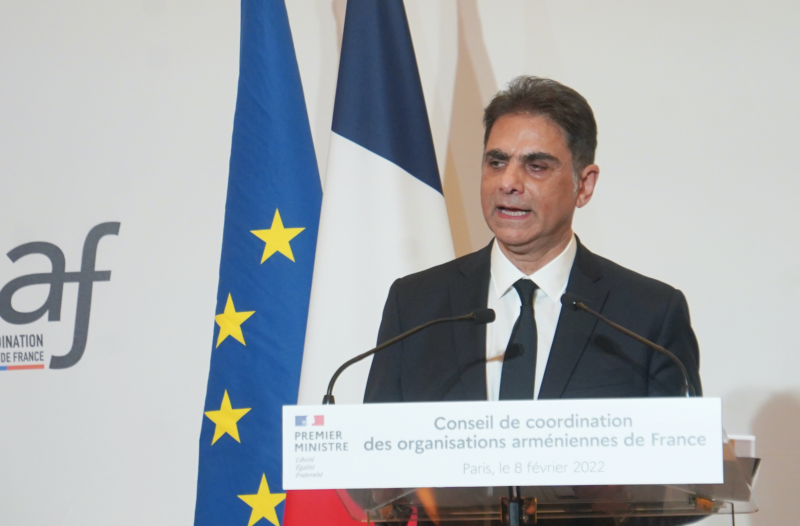 Chairman of the Coordination Council of Armenian Organizations of France (CCAF) Mourad Papazian is launching legal proceedings to restore his right to enter Armenia.

The French Armenian leader said he will be represented by Member of Parliament Artsvik Minasyan and attorney Siranush Sahakyan.

According to Papazian, Minasyan filed a letter with the National Security Service on July 25 requesting a revision of the ban, and the NSS will have to issue a response within 5 days.

Papazian landed in Yerevan on July 13 to attend a quarterly meeting of the Armenian Revolutionary Federation, of which he is a leader in France. However, he was arrested by the police upon arrival and sent back to Paris the next day.

On July 22, the Prime Minister’s Office said that Papazian, a citizen of France, was barred from entering Armenia pursuant to law because he was among those who “organized the attack” on the official motorcade of the Armenian PM’s delegation in France in June, 2021.

Papazian, however, denies accusations that he organized the 2021 demonstration against PM Nikol Pashinyan’s motorcade.