Is the recognition of the Armenian Genocide by Israel on the formal agenda of the current Armenian-Israeli cooperation talks? 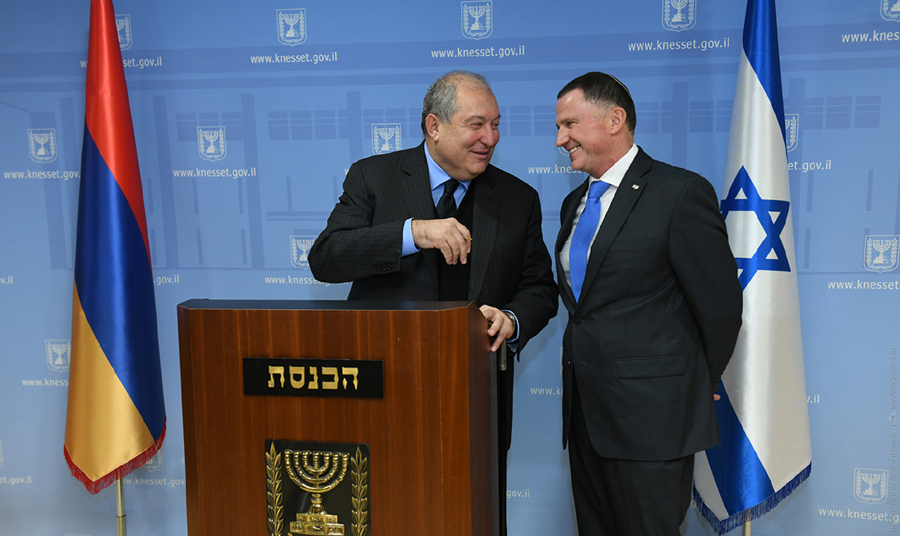 The government of Armenia seems actively engaged in discussions with the government of Israel for the opening of the first ever Armenian Embassy in Jerusalem. Armenpress reports that President Sarkissian is currently visiting Israel in search of opportunities for expanded Armenian-Israeli cooperation in the fields of trade, technology and science.

It has also been reported lately that the Armenian government has made available a vast segment of land in Gyumri to the Israeli companies as the dedicated site of the future Israeli industrial and technology park in Armenia.

Change of policy in Armenian-Israeli relations seems to be on fast track at this point. What changed?

Is Baku’s active ally and partner — aggressively supporting Azerbaijan’s belligerence against Armenia and Artsakh — suddenly experiencing a crisis of conscience? Is Netanyahu turning the tables on Aliyev? Is there an understanding for Knesset to recognize the Armenian Genocide as part of a comprehensive deal with Jerusalem? I doubt it, but I think the public deserves to know.

President Sarkissian has made a commendable statement on the Genocide recognition issue during his social meeting with the head of Knesset. That’s good, but that’s hardly sufficient. So far, Israel has been the avowed adversary of Armenia. We need to ask what reliable assurances by Israel could have effectively been placed on the table for the Armenian side to be willing to move so quickly?