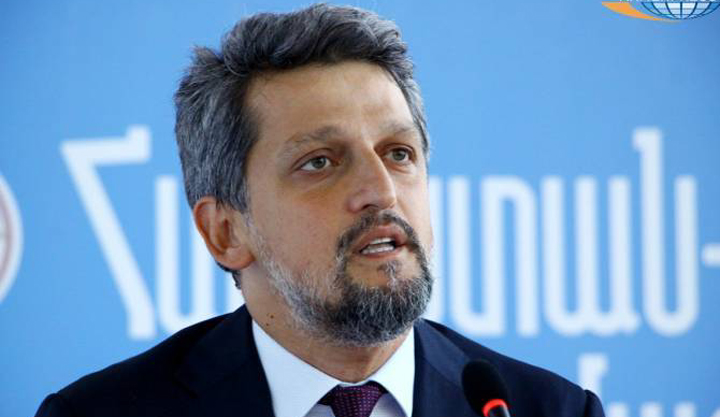 ARMENPRESS. Investigation has been launched against ethnic Armenian lawmaker of Turkey’s Peoples’ Democratic Party (HDP) Garo Paylan under the Article 301 of the Turkish Penal Code, Evrensel reports. Within the scope of the investigation a request was made to deprive him of immunity.

The request, made by Ankara’s Chief Prosecutor’s Office, says Paylan said during an interview with the Armenian Horizon Weekly that “genocide has been committed in Turkey and it still continues”. Turkish professor Aygyun Atar presented a complaint against the ethnic Armenian lawmaker over this statement after which investigation was launched.

The request says that Paylan “publicly humiliated the Republic of Turkey and the Turkish government, insulted the president of the Republic”.

According to the Article 83 of the Constitution of Turkey, a deputy who is alleged to have committed an offence before or after the election shall not be arrested, interrogated, detained, or tried unless the parliament decides otherwise. Therefore, the Prosecutor’s Office must send a special appeal to the justice ministry, and then the latter will apply to the parliament’s leadership.

After submitting the appeal to the parliament’s leadership, the issue is put into discussion at a special committee. After studying the case, the committee prepares a respective report which is put up to a final voting during the parliament’s session.

The lawmakers have a right to deliver supporting remarks both at the committee and the parliament’s session. In case of deprivation of immunity, they can appeal to the Constitutional Court.

The Article 301 of the Turkish Penal Code considers illegal to insult Turkey, the Turkish nation, or Turkish government institutions.