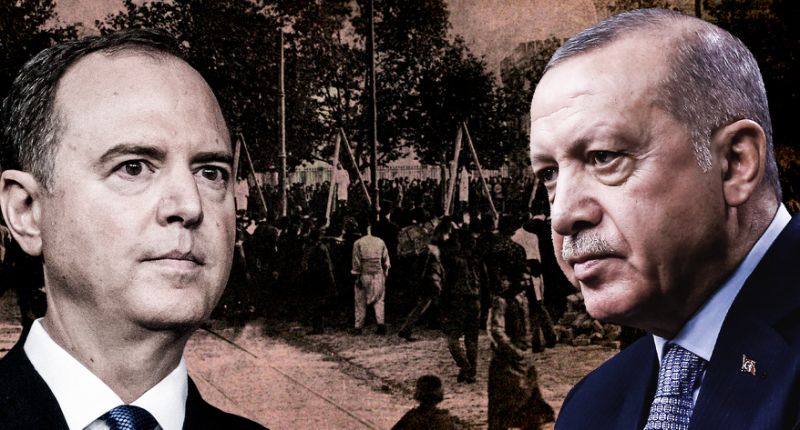 WASHINGTON — For years a resolution condemning the slaughter of 1.5 million Armenians by Turkish nationalists during World War I has failed to gain traction in either chamber of the Congress. Though lawmakers have long promised a resolution recognizing the Armenian Genocide, they have been hampered by Turkey’s role as a critical ally whose significance has only increased with the rise of violent extremism across the Middle East.

As soon as next week, Democrats in the House of Representatives could ratify a measure recognizing the Armenian Genocide out of committee and to the chamber floor, where it is likely to pass. The House Rules committee is set to announce today that it is going to take up the resolution next week, a final formal process before it can receive a vote.

“I’m proud that the Rules Committee will be considering this resolution next week,” that committee’s chairman, Rep. Jim McGovern, D-Ma., told Yahoo News, noting that his Worcester-area district has the oldest Armenian diaspora community in the United States. “Not acknowledging the genocide is a stain on our human rights record and sends the exact wrong message to human rights abusers around the world,” he added.

Members of the U.S. Senate have introduced a genocide-recognition resolutions of their own, though its fate is less clear.

Having either one or both chambers endorse such a resolution could prove awkward for President Trump, who is fond of Turkish President Recep Tayyip Erdogan. Sensitive to Turkey’s geopolitical influence, American presidents have shied away from recognizing the Armenian genocide. The only president to do so was Ronald Reagan, in 1981. And though Congress has passed similar genocide resolutions, it has been more than two decades since it last did so.

“With the president caving in to Erdogan, it’s up to Congress to speak out for America,” Aram Hamparian, the executive director of the Armenian National Committee of America, told Yahoo News. He added that the resolution would be a “signal” to the Turks that “that Washington won’t be bullied, U.S. policy can’t be hijacked, and American principles are not for sale.”

Democrats and Republicans alike have framed the measure in similar terms.

The House measure would be largely symbolic but significant all the same, given Turkey’s opposition. And it would be another instance of the Congress rebuking Trump on his handling of foreign policy. The president was put in a similar position over his affinity for Russian dictator Vladimir Putin, after both chambers imposed new sanctions on Russia in 2017 as a punishment for interfering in the 2016 presidential election. Trump groused but signed the sanctions into law.

On the Armenian front, the new push for genocide recognition does not come because of historical revelations or newfound reserves of moral courage. Consensus that the killing of Armenians by Turks constituted a genocide is universal among those who have studied it. Yet Turkey has consistently denied that a concerted ethnic cleansing took place, and it has strenuously lobbied on Capitol Hill to keep the murder of Armenians from being classified as a genocide.

A genocide recognition resolution nearly made it to the House floor in 2010. Then, as now, the lead sponsor was Rep. Adam Schiff, whose Los Angeles district is home to a significant Armenian population. The difference, of course, is that Schiff is now one of the top congressional antagonists to President Trump, while Turkey has emerged as a major point of contention between the White House and Capitol Hill.

Genocide recognition measures are usually introduced to coincide with Armenian Genocide Remembrance Day on April 24. The measure is receiving a renewed push now because Democrats want to punish Erdogan for his treatment of the country’s Kurdish minority.