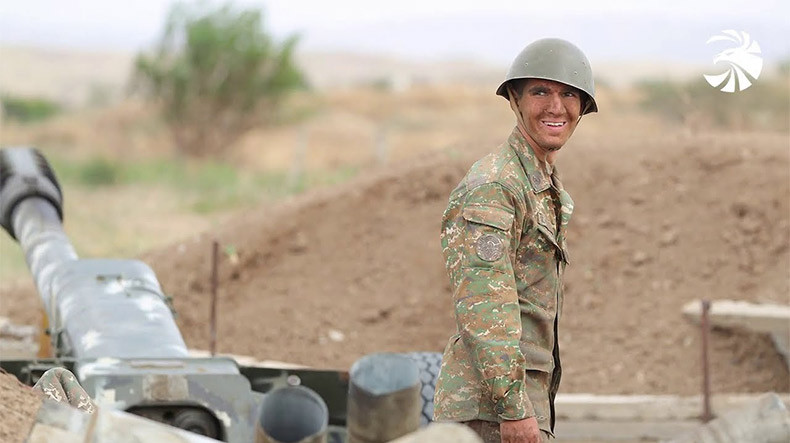 Today, September 15, marks the birthday anniversary of Armenian soldier Albert Hovhannisyan, who died a hero’s death during last year’s war in Artsakh. The hero soldier would have turned 20 today.

The photo of the artilleryman fighting on the Artsakh frontline immediately became an iconic image used by hundreds of media outlets around the world when covering the Azerbaijani attacks on Artsakh.

Albert’s father, Artak Honhannisyan, paid a heartfelt tribute to his son on his birthday, saying he is proud to be the father of the hero.

“On this day last year, we paid a surprise visit to soldier Albert, who was serving in Artsakh, to wish him a happy birthday. Yes, Albert would have turned 20 today, but the ill-fated war did not allow us to see how you would look like today, in your 20s, and beyond,” he wrote on Facebook.

“No one can ever fill your absence in this world. Your last battlefield photos showing strength, your fighting spirit and flaring-up anger, and, at the same time, your comforting image with a peaceful smile, cause so much conflicting feelings, leaving many questions unanswered. You stayed 19-year-old fighter forever… Happy heavenly birthday, my son! I am proud to be your dad, but as an Armenian man, I bow before you,” the father said.

Albert Hovhannisyan was born in Yerevan on 15 September 2001 and was the only son of his family.

He attended the Heratsi High School of YSMU and then studied Political Science at the Armenian-Russian University.

Albert fell on the battlefield on October 8 and was laid to rest at the Yerablur Military Pantheon in Yerevan.

He was posthumously awarded the “For Courage” medal by President of Artsakh Arayik Harutyunyan. 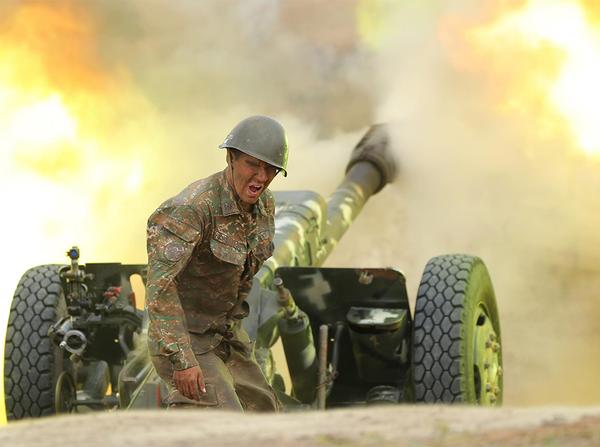