France demands Azerbaijan to pull back troops from Armenia 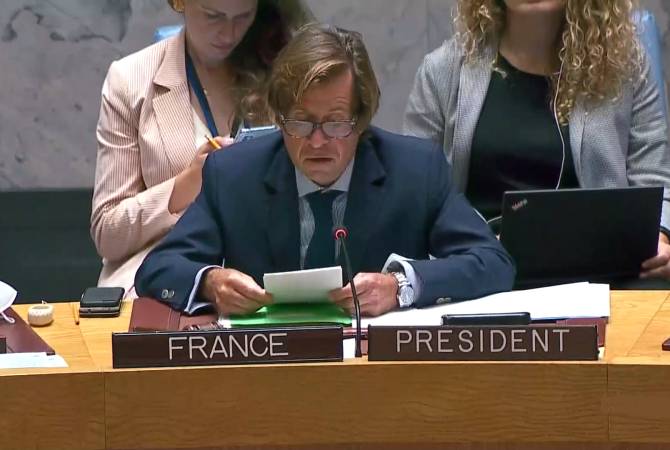 “France is concerned over the actions taking place on the Armenian-Azerbaijani border. Several areas in territory of Armenia have been fired at, civilian infrastructures were damaged. This is the heaviest fighting since 2020. France, together with partners, is trying to encourage respect to the ceasefire. President Macron spoke with Prime Minister Pashinyan and President Aliyev. The terms of the 2020 November trilateral statement must be maintained. We are calling on Azerbaijan to pull back troops to initial positions, the territorial integrity of Armenia must be preserved. The parties must discuss demarcation and delimitation issues and prevention of violence….France will continue to support achieving lasting peace in the region,” Nicolas de Rivière said.

On September 13, the Azerbaijani Armed Forces launched a major attack on Armenia from several directions, bombarding both military and civilian infrastructures with rocket-artillery and drone strikes.

105 Armenian troops were killed and 6 civilians were wounded. Azerbaijan halted its attack in the evening of September 14 after a ceasefire was reached.