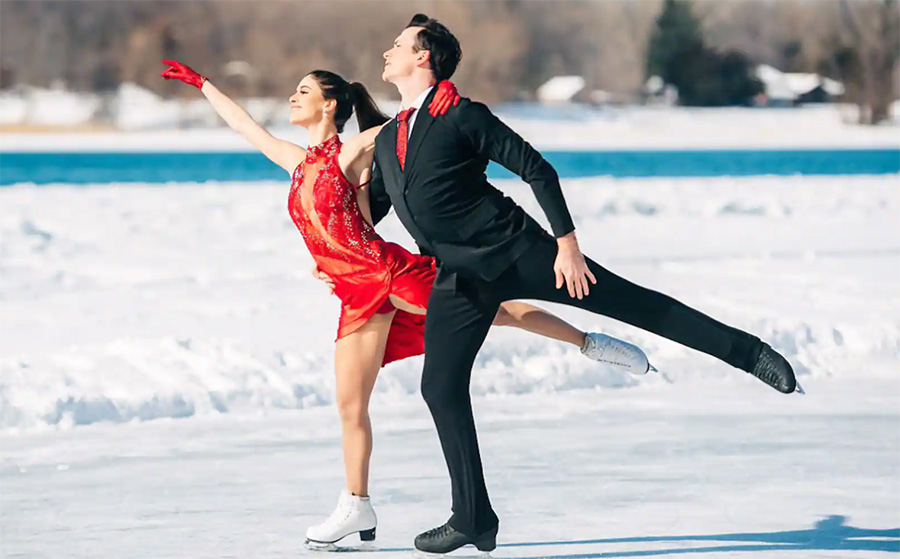 A competitive ice dancing pair that trains in Montreal and represents Armenia missed out on a major Olympic qualifier after a false positive Covid-19 test, CTV News reports.

Tina Garabedian and Simon Proulx-Senecal touched down in Stockholm a little more than a week ago to compete in the World Figure Skating Championships — the top 19 pairs qualify for the Winter Olympics.

Hours before they were set to compete, Proulx-Senecal got a phone call that destroyed those chances: a Covid-19 test he took the day before had yielded a positive result.

“That test came back positive. I got the test Friday (March 26) morning, the day of the competition. I was shocked right away,” he said.

In a last-ditch effort to remain eligible, he took a fast-tracked test, but didn’t get the result back — which was negative — until the day after the competition.

“It’s over, it happened, and it shouldn’t have happened,” Garabedian said. “That’s what I’m having trouble with.”

Proulx-Senecal described a feeling of helplessness, of “being quarantined in the room, not being able to ask anyone or be involved in the process… We were victims right from the start.”

Now the pair is going through Armenia’s sporting federation to petition the International Skating Union — which organizes the competition — to find some sort of solution. They still have a shot to qualify for the Olympics through another competition in Germany in September.