Erdogan: Time Has Come for Hagia Sophia to Be a Mosque 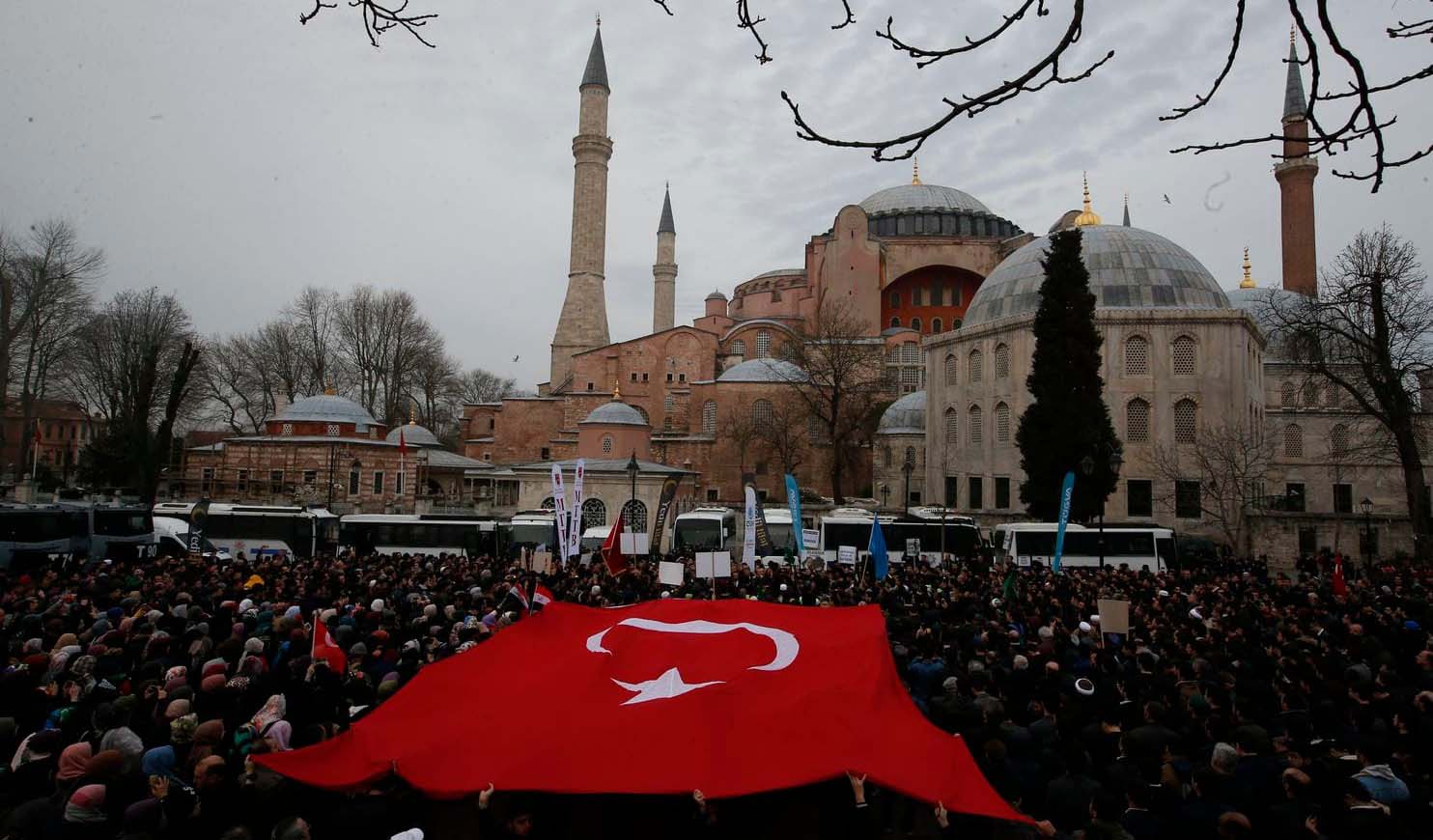 (VOA) – Turkish President Recep Tayyip Erdogan said Wednesday that it was time to rename Istanbul’s landmark Hagia Sophia as a mosque, saying that it had been a “very big mistake” to convert it into a museum.

“Hagia Sophia will not be called a museum. It will be taken out of that status. We will call Hagia Sophia a mosque,” Erdogan told A Haber television during an interview.

The former church and mosque, now a museum, often sparks tensions between Christians and Muslims over Islamic activities held there, including the reading of verses from the Quran or collective prayers.

Its secular status allows believers of all faiths to meditate, reflect or simply enjoy the astonishing architecture of a building dating to the sixth century.

Erdogan is campaigning for votes for his Justice and Development Party (AKP) ahead of municipal elections on March 31.

Originally built in the 6th century, Hagia Sophia was the main seat of the Greek Orthodox church. It was turned into a mosque following the Ottoman conquest of Istanbul – then Constantinople – in 1453.

Hagia Sophia became a museum after the formation of modern Turkey in 1923. It is today a UNESCO World Heritage site.