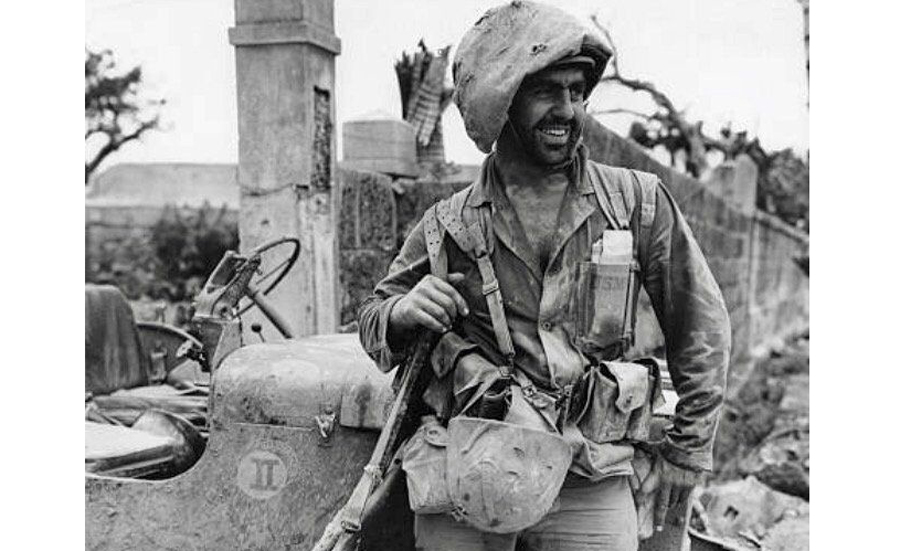 Harry Kizirian’s story began 95 years ago, on July 13, 1925, at 134 Chad Brown Street in Providence, Rhode Island. The first cry of this newborn baby was the sweetest sound to his parents’ ears. Harry was the only son of Toros and Hripsime Kizirian—two Armenian refugees who were forced to leave their beloved land. Before settling in Rhode Island, Harry’s mother was married and had many children, but her first husband and all her children were murdered in the Armenian Genocide. After all the pain, sorrow and suffering she endured, Harry’s birth was a gift of God and the promise of new life.

Like most families, there were fantastic moments that became treasured memories, and there were tragic moments that changed everything. Harry was only 15 years-old when his father died. He became the man of the house and assumed his new responsibilities. While studying at Mount Pleasant High School, Harry worked at a meat packing plant and later got a small job at the Providence post office. Despite working hard to earn some money, he found the energy to play football and was an exceptional player. The day after his graduation from high school, Harry decided to join the US Marine Corps and rescue a world ravaged by war. He was only 19 years-old when he went overseas and prepared for what would be one of the bloodiest battles of the Pacific war.

On April 1, 1945, Corporal Harry Kizirian and his fellow Marines were in landing crafts heading toward the island of Okinawa, Japan. The time had come to launch the largest amphibious landing in the Pacific Theater, and these men would be among the first assault wave. As they approached the shore, some Marines prayed, while others closed their eyes and pictured their loved ones at home. They knew that most of them would be killed or wounded on this Japanese island, but they were all willing to die for their country and put an end to this never-ending war.

During the Battle of Okinawa, Harry confronted Japanese troops with remarkable courage and incredible determination. Day after day, he saw horrendous injuries, heard harrowing screams, witnessed so many comrades die and felt indescribable sorrow, but nothing could stop this Marine.

On May 11, 1945, Harry was fighting against Japanese soldiers when he saw a unit of his platoon pinned down by heavy machine gunfire. Without hesitation, he attacked the enemy’s emplacement and allowed the trapped Marines to pursue their offensive. Badly wounded during this heroic action, Harry continued fighting until the Marines accomplished their mission. As soon as he recovered from his wounds, the 19 year-old Marine was back in action. On June 11, 1945, Harry was returning from a mission when, through smoke and dust, he noticed six stretcher-bearers and a wounded Marine trapped in enemy fire. Ignoring his own safety, he placed himself in the line of fire and single-handedly attacked the Japanese machine gun nest. Severely wounded in both legs and the abdomen, Harry kept fighting and killed the Japanese soldiers manning the machine gun. By his outstanding bravery, he enabled the stretcher-bearers to evacuate the wounded Marine. On another occasion, Harry was bombarded by the Japanese and blown into the air. He later recalled, “I wondered if I was ever going to get down again. I would have made a poor angel, you know. Angels without wings are as uncommon up there as a Marine without guts down here.”

Thousands of miles away from his hometown of Providence, the forces of tyranny did everything they could to take Harry’s life and capture his soul, but Divine Providence led this Armenian American hero to save lives, escape death and return home. After serving 17 months overseas, Harry received discharge from the US Marine Corps on February 11, 1946. His courage and heroism in Japan made him one of the most decorated Marines of WWII and the most decorated serviceman from Rhode Island.

Harry never fully recovered from his terrible injuries, but like always, he kept moving forward. He eventually met and married the love of his life, Hazel Serabian. Together, they had five lovely children—Joanne, Thomas, Janice, Shakay and Richard. He then started a brilliant career in the Postal Service which led him to be appointed by President John F. Kennedy as the Postmaster of Providence in 1961. During his postmastership, Harry was the key individual in establishing the first automated post office in the United States, a system which inspired many countries around the world. 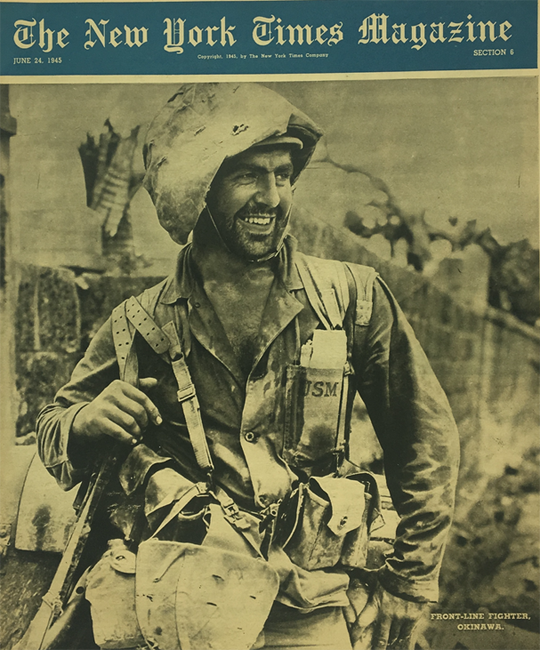 To honor this exceptional man, in 1996, the Post Office located at 24 Corliss Street in Providence was named after him. On that historical day, The Harry Kizirian Post Office became the first United States federal building named after an Armenian American. The area outside the post office and a school were also named after Harry.

Almost 18 years ago, on September 13, 2002, in Providence, Rhode Island, the heart of this Armenian American hero stopped beating, and the world lost an irreplaceable man. Harry Kizirian was a wonderful son, a loving husband, a devoted father, a proud Marine, a tremendous Postmaster, a loyal friend and an extraordinary human being who gave all of us a precious and priceless gift…freedom. Almost two decades later, his exploits, his courage, his selfless actions, his achievements and his life continue to resonate in our hearts.

Rest in peace Harry…and thank you!