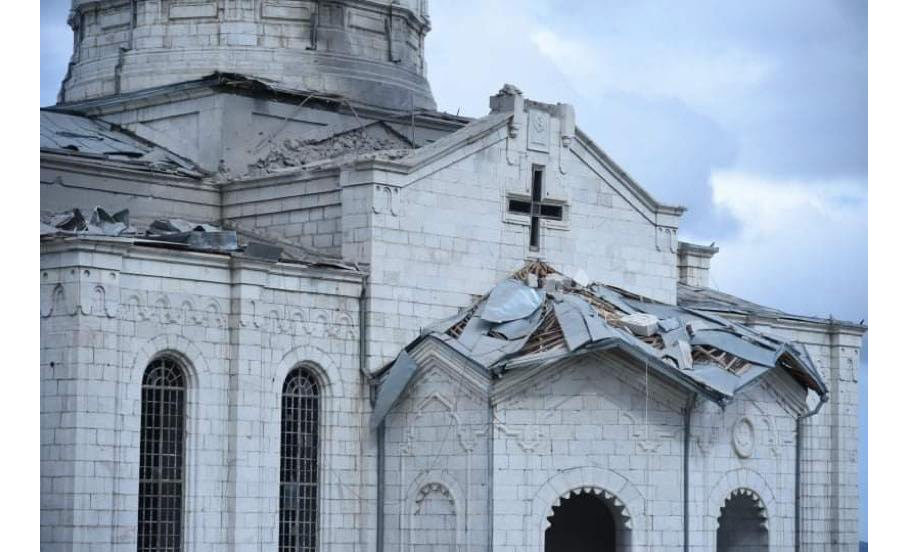 “The enemy has struck the symbol of Shushi, Ghazanchetsots Cathedral,” the Infocenter said on Facebook.

The cathedral was consecrated in 1888 but was damaged during the March 1920 massacre of Armenians of the city by Azerbaijanis and experienced a decades-long decline, well into the Soviet period. During the Nagorno-Karabakh War, Azerbaijan used the cathedral as an armory to store missiles. It was restored in the aftermath of the war and reconsecrated in 1998. A landmark of Shushi and Karabakh, it has become an icon for the Karabakh Armenian cause. Standing 35 metres high, Ghazanchetsots is one of the largest Armenian churches in the world. 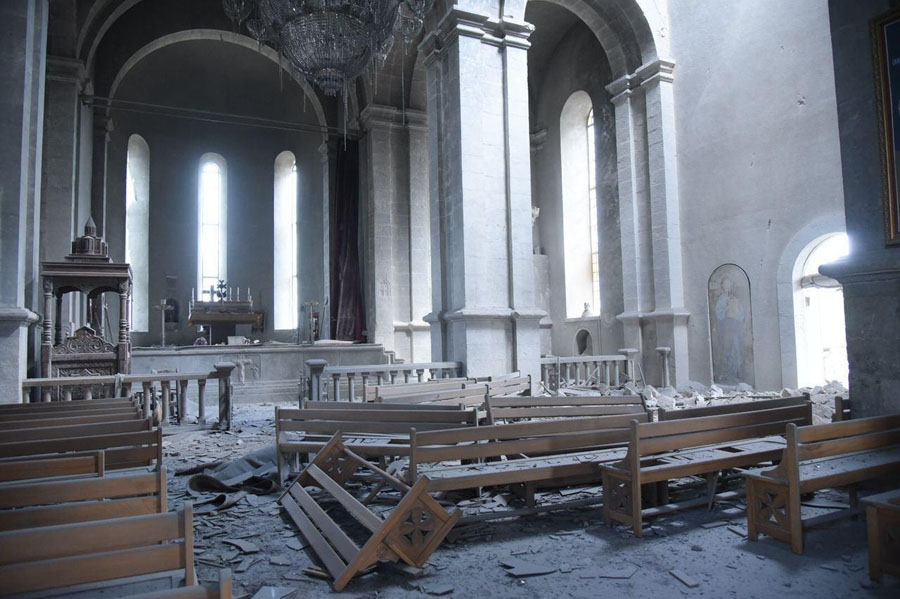