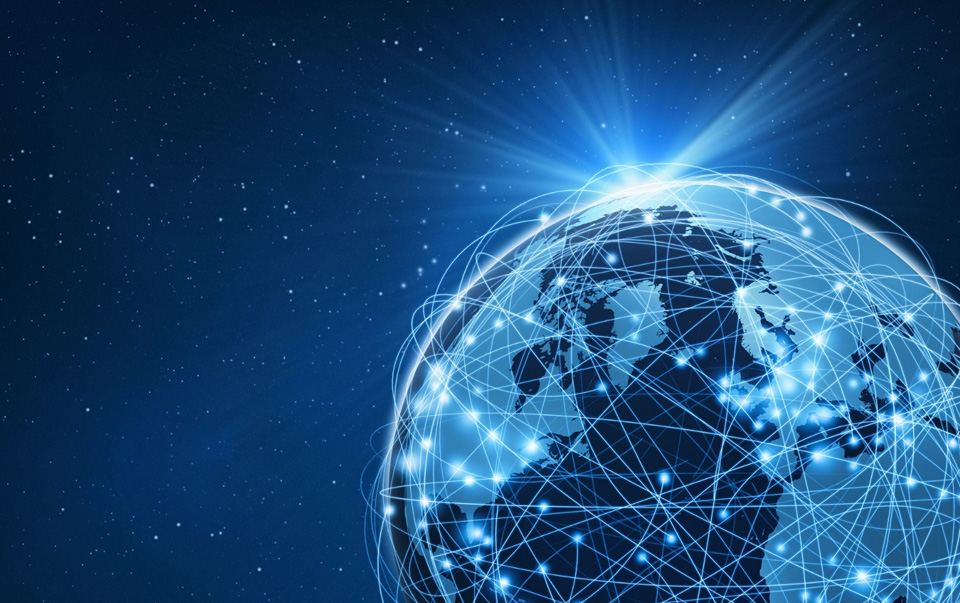 In an unimpressive building located just behind a semi-abandoned Soviet-era theme park, programmers are building a decentralized internet for Armenia. Led by Vahagn Poghosyan, a prolific Armenian startup founder, and Enno Wein, a German expat who has worked in the tech industry for several decades, Leviathan seeks no profit. The scrappy startup is driven purely by a desire to reclaim cyberspace for individuals.

When the world wide web was first conceived, its developers envisioned a network directly connecting personal computers to each other. This nebulous system would embody democratic values and guarantee universal access to knowledge, bridging communities around the globe.

The internet of the nineties mostly adhered to this egalitarian outline. Then, as more people began to access and expand the web, middlemen entered the picture. Corporations like Google introduced search engines to direct what information users access. Others, like Amazon, set up server farms to control how data is routed and stored. Social media commodified user experience and information. All this added up to an increasingly monitored, authoritarian and manipulative internet that obstructs rather than encourages direct communication.

Even though corporate interests have stymied a system meant to bolster democracy, startups like Leviathan prove that industry outsiders are evolving alongside tech giants to revitalize the internet’s spirit of freedom.

By changing the way information is managed and stored online, Leviathan’s founders believe they can shift power dynamics, not only online but in the real world. According to Wein, a decentralized internet would enable equal societies and small-scale local economies to flourish. “At the end of the day, if we want to have a future at all, we need to recognize that we should work together instead of against one another,” he says, “decentralization is key to that.”

A basic understanding of the internet will help explain Leviathan’s software. Put very simply, the web is a network of computers that talk to each other. Think of this network as having three tiers. Though the internet feels abstract, its bottom-most layer is physical; endless wires stretch through cities, over plains and valleys and under oceans. A computer accessing the web connects to this wired grid, either directly or via a wireless network.

The internet’s second tier is a protocol layer — essentially instructional computer language — that tells machines plugged into the web how to communicate. The third tier comes into play because the information being sent back and forth needs to be saved and organized. This layer is comprised of servers, giant computers that store data, and browsers, internet navigators. The web’s top-most tier also includes applications like social media.

Leviathan is rethinking the internet’s second and third tiers. On the one hand, its data storage system distributes information across thousands of personal computers, forming a decentralized cloud where user data can only be accessed by participants with special cryptokeys. On the other hand, Leviathan’s browser allows direct peer-to-peer communication and keeps companies like Google from pushing paying clients’ websites onto users.

As of now, Leviathan’s technology has no launch date partly because Poghosyan and Wein refuse to engage any marketing campaign that clashes with their grassroots philosophy. Instead, they hope people will learn about Leviathan spontaneously and sign up out of a desire for a freer web.

Leviathan is not the only startup working on a decentralized digital platform; U.S.-based Blockstack is one prominent competitor. However, the venture is unique in that it has no profit-model or funding rounds. “Because it’s open source technology there is no way to make money from it,” explains Poghosyan. “This is important because we are trying to build horizontal networking rather than top-down control.”

For the past five years, Leviathan has been funded by its parent company Instigate Design, a tech consulting firm launched by Poghosyan and Wein in 2005. The founders keep investing significant resources into Leviathan, seemingly purely on the basis of tech idealism. The project is optimistic, considering the challenges. Manpower is one. A team of five can hardly cope with the scope of a new internet. Another issue is critical mass. A decentralized web where data is stored among a host of personal computers needs myriad users to function. “It’s difficult to get many people to adopt and buy into something like that,” admits Wein. Leviathan will struggle to draw users away from mainstream platforms such as Facebook and YouTube.

That said, Leviathan has one unique advantage: its location. Armenia is a prime candidate for a decentralized internet because cybersecurity is a major national concern. Since 1988, the country has been locked in a conflict with neighboring Azerbaijan. With few allies and resources to its advantage, a homogeneous and nervous population of less than three million might be convinced to adopt a decentralized system. Reformation is more than plausible in Armenia. Just last year, heads turned around the world when peaceful protests ousted a corrupt government that had been in control for decades.

It seems unlikely that Leviathan, a stealth project developing in a warring post-Soviet country, could stand up to global corporate interests and giants like Google and Amazon. Then again, tech is known for unexpected successes and Armenia for its dissident climate. In this industry and place, there’s no telling how the tide may turn.