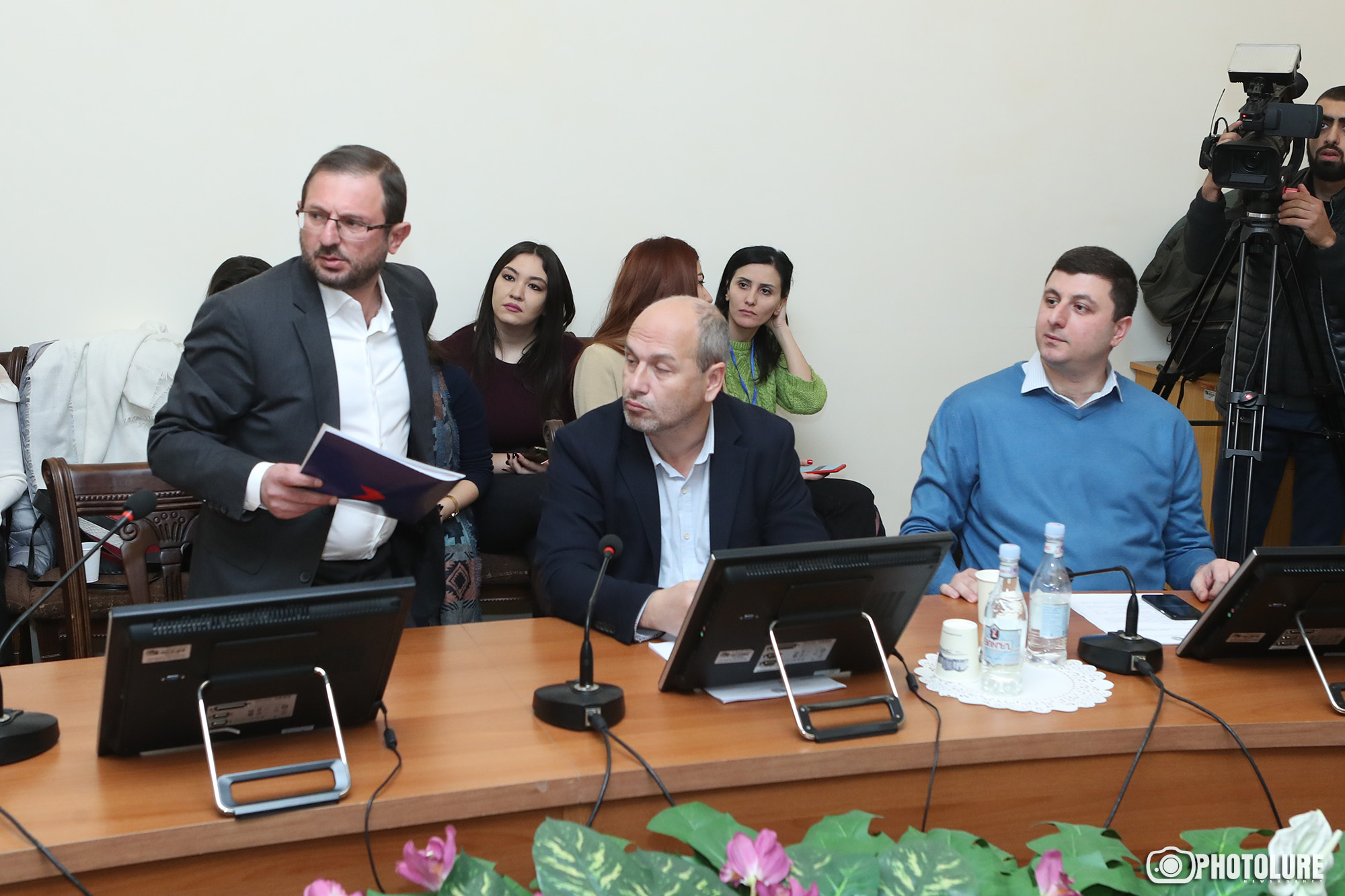 The Armenian parliamentary commission tasked with investigating the circumstances of the 2020 war on Monday held its first meeting, boycotted by opposition lawmakers.

Andranik Kocharyan, head of the National Assembly Standing Committee on Defense and Security which coordinates the work of the commission, presented the scope of its functions and the subject of investigation.

The commission of inquiry will carry out its activities for six months, which can be extended for another six months.

In a statement earlier on Friday, the opposition Hayastan (Armenia) and With Honor factions announced their intention to boycott the inquiry into the 44-day war initiated by the ruling Civil Contract faction, arguing that the authorities cannot “objectively examine their own actions.”

“It is clear that the commission of inquiry will be engaged in staging the “innocence” of the authorities,” they said.

Three opposition members of the commission were present at the start of today’s meeting.

With Honor faction MP Tigran Abrahamyan underscored that the authorities had accepted full responsibility for the outcome of the war.

“In these circumstances, the activities of the commission, which is led by the ruling party members, can’t be unbiased. The clarification of the circumstances of the 44-day war remains a key priority for us, but we believe that this work should be carried out only after the current authorities leave,” Abrahamyan explained.

In turn, Gegham Nazaryan, a deputy from the Hayastan faction, said that his team would not take part in the activities of the commission either.

“It’s not that we are stepping aside and will learn about the process of inquiry from media. One of my main goals is to uncover and clarify all the circumstances of the war, but I’m sure you also realize that the commission headed by the political force, that led the country during the war, will be constrained,” Nazaryan said.

According to MP Gegham Manukyan, who also represents the Hayastan bloc, an objective investigation is possible only when it is led by the opposition and not by the ruling political team, which is responsible for the launch of the war.

Manukyan said that they were leaving the meeting, but reserved the right to join the work of the commission if they saw fit.