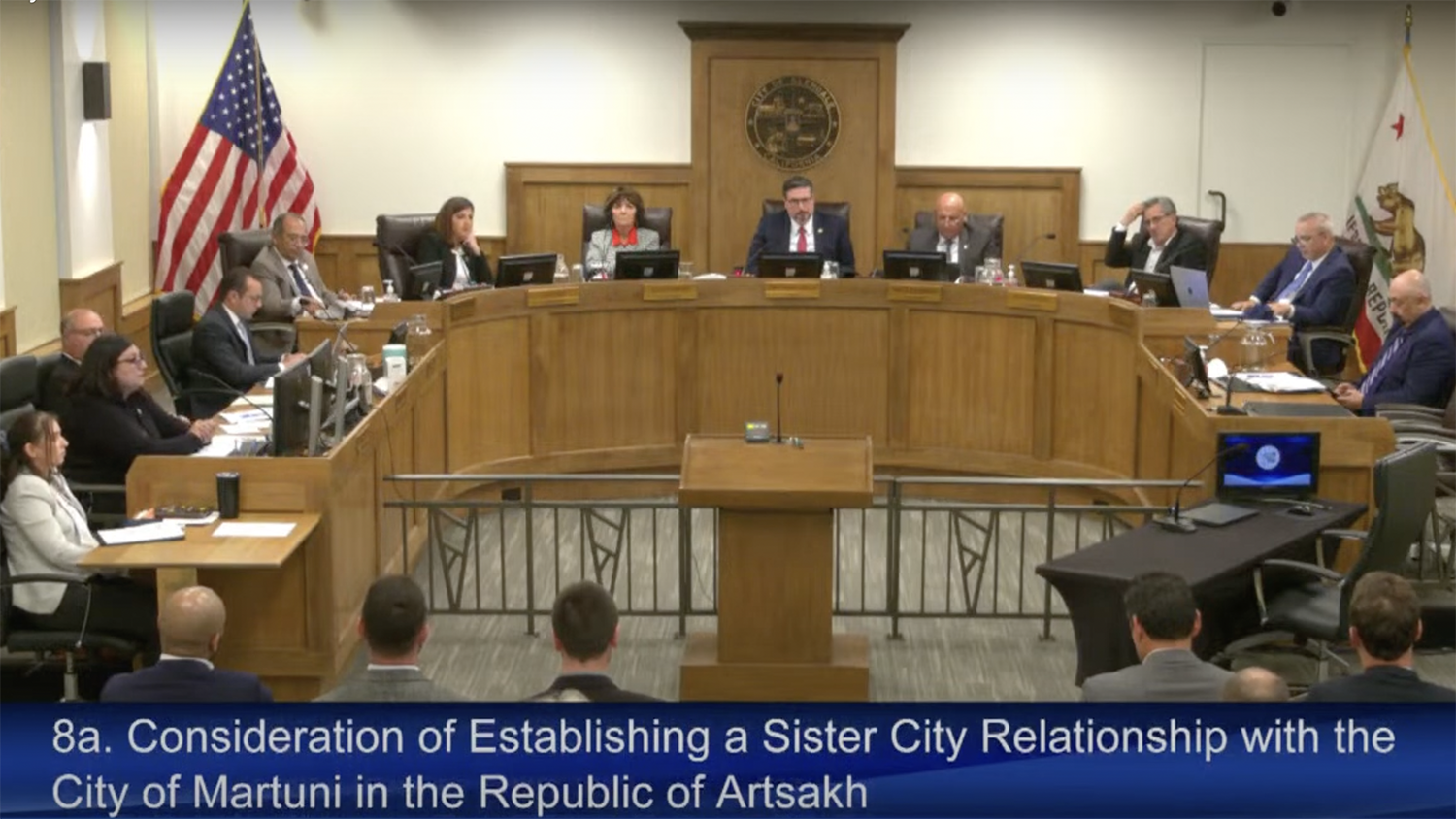 GLENDALE, CA – On August 23rd, 2022, the Glendale City Council unanimously passed a resolution establishing a sister-city relationship between the City of Glendale and the City of Martuni, Artsakh.

The resolution, spearheaded by Glendale City Mayor Ardashes Kassakhian and seconded by councilmember Ara Najarian, was unanimously passed by the city council and establishes a long-term partnership between the two cities – opening opportunities for cultural, educational, professional, and humanitarian cooperation.

“There is a lot we will be able to gain from the exchange between our two cities with this agreement. Additionally, this relationship sends a clear message that we stand with the people of Artsakh and their just cause to live in peace on their ancestral lands – free from Azerbaijan’s aggression,” remarked Mayor Ardy Kassakhian in a quote to the ANCA Glendale.

“The residents of the Martuni will be heartened by our support for them spiritually – if not also through tourism, and financial support,” commented Councilmember Ara Najarian, who seconded the resolution, during the council meeting – as he reflected on his visit to Amaras monastery in Martuni, and his experience with the region’s vibrant community.

“With everything happening now in Artsakh – with the people in Artsakh literally fighting for their existence and to be able to live freely on their ancestral land – this is the least we can do. I hope the sister city relationship we built today will also allow us to learn from their resilience,” remarked Councilmember Elen Asatryan during the council proceedings.

Martuni lies close to the line of contact with Azerbaijan, and during the war was one of the civilian areas most severely targeted by Azerbaijani military forces. Over 1,000 buildings were damaged in the bombardment, including schools, homes, and medical facilities – tragically resulting in the deaths of a child and an elderly civilian on the first day of the war. Over 8,000 civilians were displaced from the city during the height of the war.

“This resolution is an important step towards enhancing the security of Artsakh,” said Lucy Petrosian, chair of ANCA Glendale. “With this sister-city agreement, we show the people of Martuni and all of Artsakh that they have support internationally – the crimes perpetrated against their civilians will not be ignored, and that we will continue to strive to hold Turkey and Azerbaijan accountable for their aggression.”

“ANCA Glendale looks forward to working with the Glendale City Council to promote cultural exchange opportunities, as well as humanitarian initiatives to support the people of Martuni,” Petrosian concluded.

“With this resolution, the City of Glendale reaffirms its support for the fundamental right to self-determination for the Armenians of Artsakh,” remarked ANCA National Board Member Zanku Armenian. “With our nation’s very existence under threat, we call on the U.S. government to follow suit in holding Azerbaijan and Turkey accountable for their ongoing aggression by calling for the immediate release of all Armenian prisoners of war who continue to be abused while in Azerbaijan’s detention, and to enforce Section 907 restrictions by halting all U.S. military assistance to Azerbaijan,” Armenian concluded.

“This sister city agreement conveys to the Armenians of Artsakh that the City of Glendale stands in solidarity with their struggle, and condemns the crimes against humanity they continue to face,” remarked Preny Alaverdian, speaking on behalf of the ANCA Glendale. “With this decision, the City of Glendale becomes a beacon of hope for those whose very existence continues to be threatened.”  Alaverdian’s remarks at the Glendale City Council meeting are available at: https://www.youtube.com/watch?v=0DqkxYyYvIo