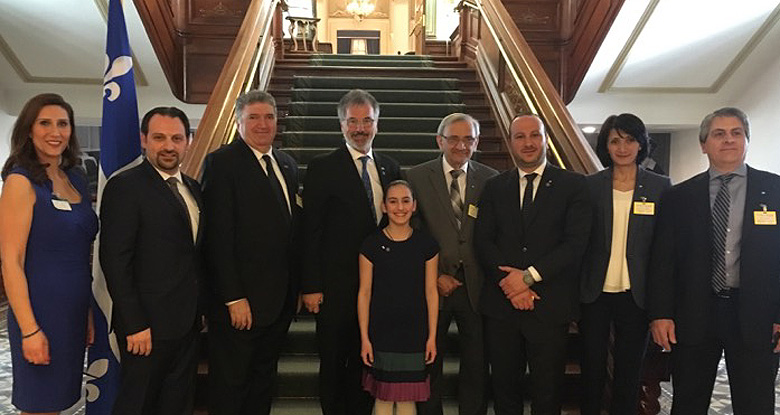 On April 24th, a delegation led by the Armenian National Committee of Quebec (ANCQ) was present at the National assembly for the Motion to commemorate the Armenian Genocide. Since 1980, the National Assembly of Québec has unanimously supported every motion to commemorate the Armenian Genocide. In 2003, a bill was introduced in the Assembly and An Act proclaimed April 24th Armenian Genocide Memorial day. Pictured are members of the ANCQ and their supporters along with Laval MNA’s Guy Ouellette, Jean Habel, Saúl Polo, Minister Francine Charbonneau, Jean Rousselle and Monique Sauvé. Also, while in Québec City, the ANCQ delegation visited the Gomidas monument to pay tribute as it does annually. 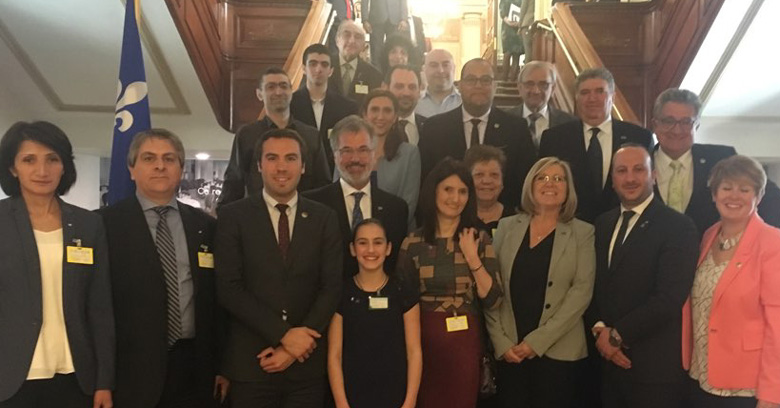