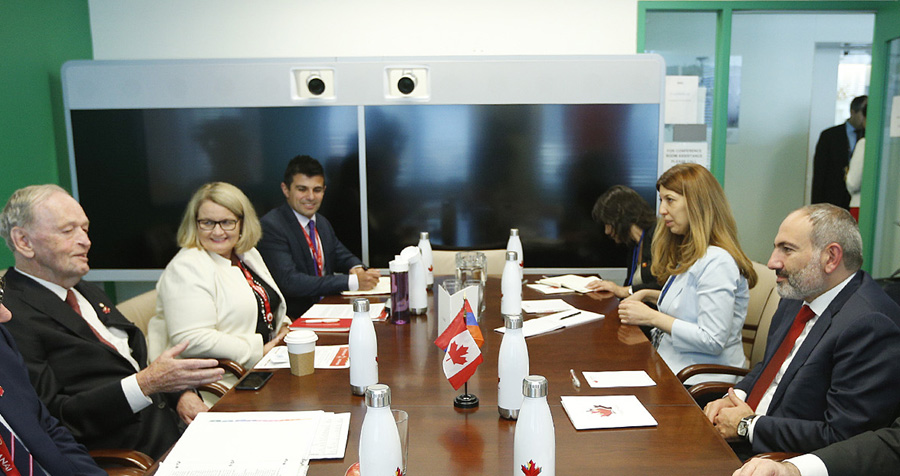 On the sidelines of his working visit to the United States, Prime Minister Nikol Pashinyan met with former Canada Prime Minister Jean Chretien at UN headquarters in New York. Note that Mr. Chretien represents the Canadian delegation at the 74th session of the UN General Assembly.

Welcoming Nikol Pashinyan, Jean Chretien said he was happy to see the Armenian Prime Minister who has an exciting and extraordinary political career, and is now leading Armenia on its way to democracy. Jean Chretien noted that Armenia and Canada have forged effective bilateral relations, and Canada is keen to develop them ahead.

In turn, Nikol Pashinyan said he was pleased to meet with the Canadian delegation in attendance of the UN General Assembly’s 74th session and discuss issues of bilateral cooperation. The Prime Minister referred to the ongoing radical reforms in Armenia, which are aimed at strengthening democracy in our country. The support of international partners through joint programs and initiatives would be highly appreciated in this process.

The parties took the opportunity to discuss the prospects of economic cooperation in infrastructure, innovation and the pension market.

Agreement was reached at the level of Armenian and Canadian UN representatives to continue discussions on specific programs.