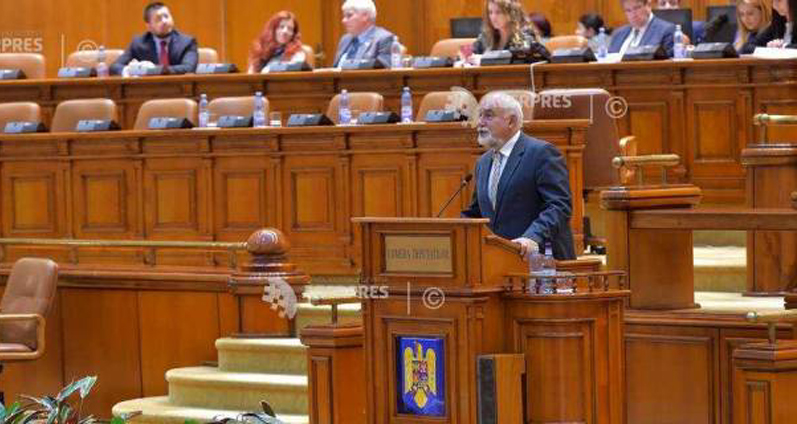 ARMENPRESS. Romanian lawmaker Varuzhan Voskanian from the ALDE party has called on Romanian Members of Parliament at a plenary session to adopt a political statement acknowledging the Armenian Genocide, Agerpres reported. Voskanian, who is also the President of the Armenian Union of Romania, made the statement during debates of a bill on establishing a National Museum of Jewish History and Holocaust in Romania.

“We have a unanimous position in condemning the Holocaust. I am asking you to include the recognition of the Armenian Genocide in the parties’ agenda of parliament and in the political statement. This is the subject which Romania’s political parties have avoided so far. There are dozens of parliaments in the world, the European Parliament, and parliaments of all European countries which have made such statements recognizing the Armenian Genocide,” Voskanian said in his speech.

“When we are talking about this kind of a tragedy we at the same time are talking about all tragedies in the world, and no such tragedy has a “mother tongue”. This is why I believe that the Holocaust’s recognition must proportionally be accompanied with a political approach of recognizing the Armenian Genocide, which although will not have a museum in Romania since this genocide happened not on Romanian territory, on the opposite Romanian territory became a haven for all survivors of this genocide, however this brings forward the idea of the challenge of equal treatment of all such wounds of humanity,” he said.