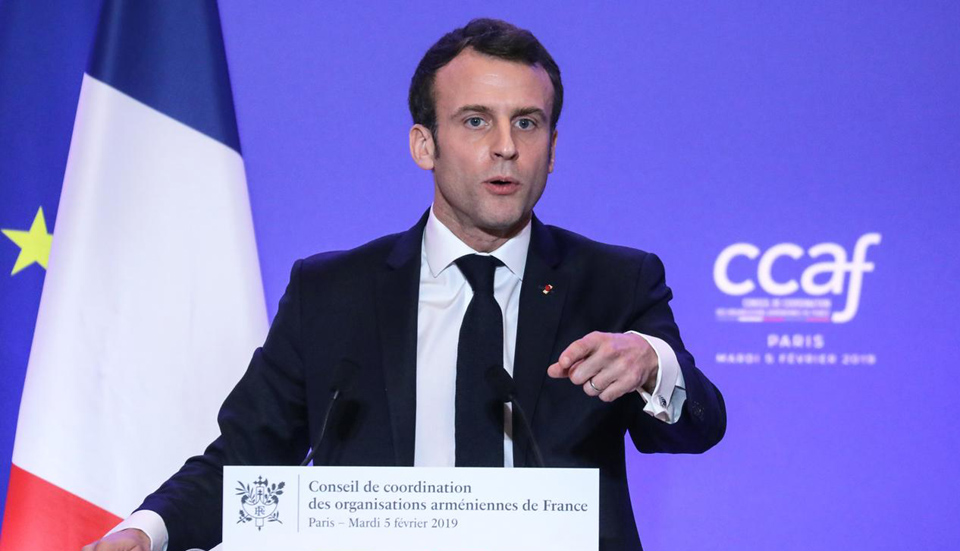 French President Emmanuel Macron has signed an order on declaring April the 24th as an annual day of commemorating the Armenian Genocide in France.

The decree says that every year on April 24th a ceremony will be organized in Paris, and each department of the country can organize its own.

President Macron had announced plans to declare the national day of commemoration in February during a dinner with the Armenian community of France.

Co-Chair of the Coordination Council of Armenian Organizations of France (CCAF) Murad Papazian broke the news on Facebook, saying “The President of the Republic, Emmanuel Macron, has signed the decree indicating that the 24th of April becomes the national day of commemoration of the Armenian Genocide!”