Catholicos of All Armenians calls on Prime Minister to step down 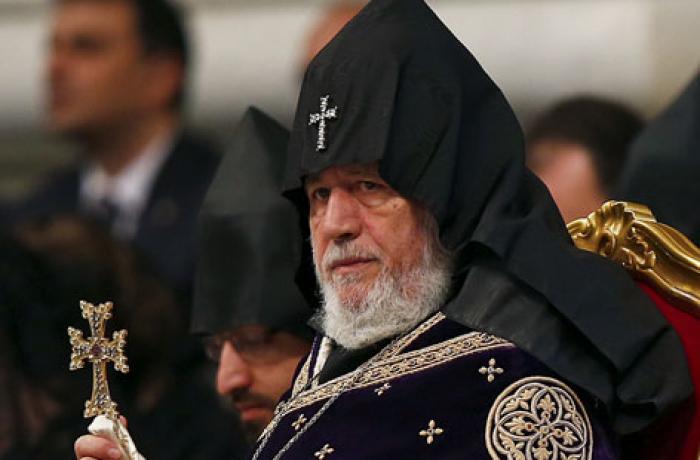 We are living through hard days of pain, anxiety and trouble after the horrors of war, His Holiness Karekin II, Supreme patriarch and Catholicos of All Armenians said in a message, Public Radio of Armenia reports.

“The martyrdom of thousands of our heroic children, the loss of a significant part of the historical land of Artsakh, the catastrophic consequences of the war, the greatest threat of external danger have shaken our souls, undermined solidarity, national unity in the homeland and the Diaspora,” he said.

The Catholicos said the current difficult situation, the deep domestic political crisis, has posed new dangers to our native country, making vital the need for an urgent solution to the serious challenges that have arisen.

“We have discussed the aggravating situation with the members of the episcopal class of our Holy Apostolic Church, the Supreme Religious Council. We also had meetings with the President of the Republic, the Speaker of the National Assembly, representatives of various political and national organizations. The general conviction is that this fatal situation must find its solution exclusively in a constitutional way, in conditions of national solidarity and common sense,” His Holiness stated.

“Ahead of the alarming developments taking place in our country, we met with the Prime Minister of the Republic of Armenia, Mr. Nikol Pashinyan. Given the growing domestic tensions facing the country, serious external and internal challenges, and a lack of public confidence in the Prime Minister, we fatherly urged him to step down as Prime Minister to prevent shocks, possible clashes, and tragic consequences in public life,” the aatholiooсoontinued.

In this regard, he called on the National Assembly to act responsibly at this crucial moment for our homeland, to listen to the demands of the general public, to elect a new Prime Minister in consultation with the political forces and to form an interim government of national accord.

“We bring our paternal message to our faithful people, the authorities, the opposition political forces, calling to refrain from words and actions that provoke violence and sow hatred in these difficult days. As a nation, let’s make a joint effort to contribute to overcoming the current crisis. The vivid memory of our martyred heroes, the sacred pledge to fulfill their cherished visions in our hearts, let us unite and work for the bright future of our homeland, for the peaceful, secure and prosperous life of our people.
God protect, help our people, the homeland,” the Catholicos stated.