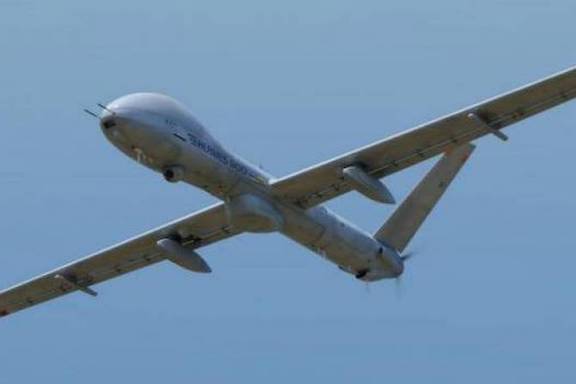 “The air defense forces of Armenia detected flights of Azerbaijani UAVs in the direction of Khnatsakh, Artsvanik, and Davit Bek communities of Syunik Province of the Republic of Armenia, during which they carried out strikes against the infrastructures of the Armed Forces of Armenia, also damaging civilian buildings,” Armenia’s foreign ministry reported, adding there were no casualties.

The strikes on Armenia proper took place at the same time that Azerbaijan continued to shell civilian targets in Artsakh, including Stepanakert. Armenia’s foreign ministry reported that civilians were injured in the town of Shosh in Artsakh.

In a statement issued in the early hours of Saturday, Armenia’s foreign ministry said that hours before the attacks on Armenia, Azerbaijan falsely claimed that Armenia’s forces had attacked the town of Ordubad in Nakhichevan.

The foreign ministry explained that Azerbaijan publicizes false information alleging attacks by Armenia’s forces, after which it precedes to launch strikes against targets in Armenia.

“We strongly condemn the Azerbaijan’s unending efforts to expand the geographic parameters of the conflict, inflicting an irreversible blow to the security of the entire region. Any encroachment against the territorial integrity of the Republic of Armenia will be adequately dealt with,” the Foreign Ministry announced.

Hikme Hajiyev, the assistant to Azerbaijan’s President Ilham Aliyev, claimed that Armenian forces struck the city of Ganja in late night attacks. There is not official confirmation from Armenia and Artsakh sources.