Artsakh Will Seek Liberation of all Its Territories, Says Foreign Ministry 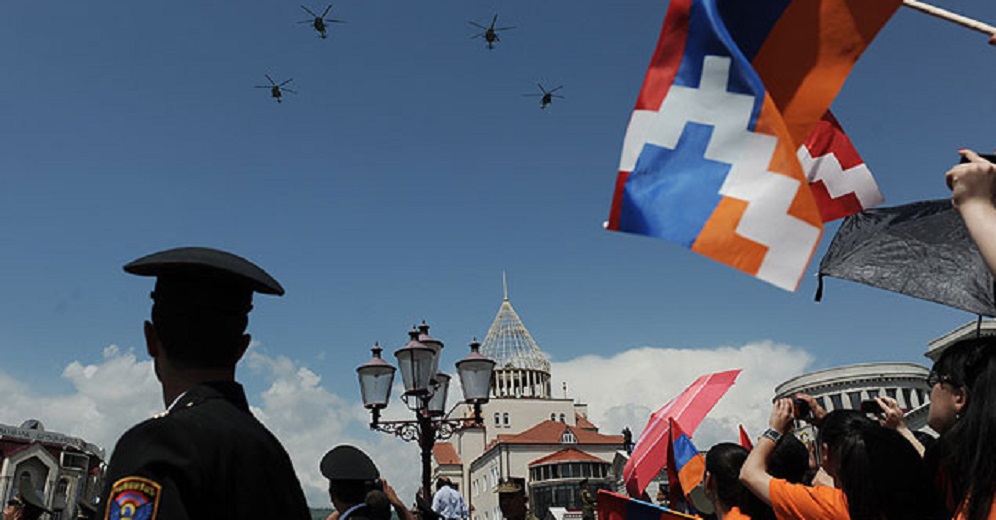 The authorities of the Republic of Artsakh reaffirmed their determination to advance the liberation all of its territories and the restoration of Artsakh’s territorial integrity, the Artsakh foreign ministry said in an announcement.

On July 4, 1992, the Azerbaijani armed units, with their more superior manpower and military equipment, employing heavy artillery and combat aircraft launched a large-scale offensive in the direction of Martakert town of the Republic of Artsakh. Martakert was completely destroyed, and the Armenian population of the town of about 13 thousand people was forced to leave their homes and become internally displaced persons, finding temporary shelter in the capital city Stepanakert and in various settlements of the Republic of Armenia.

Following the capture of Martakert, the Azerbaijani army continued the offensive, destroying about 80 percent of the region, looting the Armenian settlements and subjecting their population to forcible deportation.

In general, almost half of the territory of the Republic of Artsakh fell under the occupation of Azerbaijan. The republic itself was on the verge of total annihilation. The humanitarian situation was even more catastrophic. By the end of the summer of 1992, more than half of the population of the Republic were refugees and internally displaced persons (IDPs). The situation was aggravated by the almost complete indifference of specialized international organizations to the fate of Armenian refugees and IDPs who were on the verge of a humanitarian disaster in Artsakh.

However, even in these seemingly hopeless conditions, the people of Artsakh managed to summon its collective will, mobilize its full potential and repel the armed aggression of Azerbaijan.

To this day, some settlements of the Martakert region, part of the Martuni region and the entire Shahumian region, a total of over 1000 square kilometers of the territory of the Republic of Artsakh, are under the Azerbaijani occupation, where the Azerbaijani authorities implement illegal settling and pursue a policy of destroying the traces of presence of the native Armenian population in these territories.