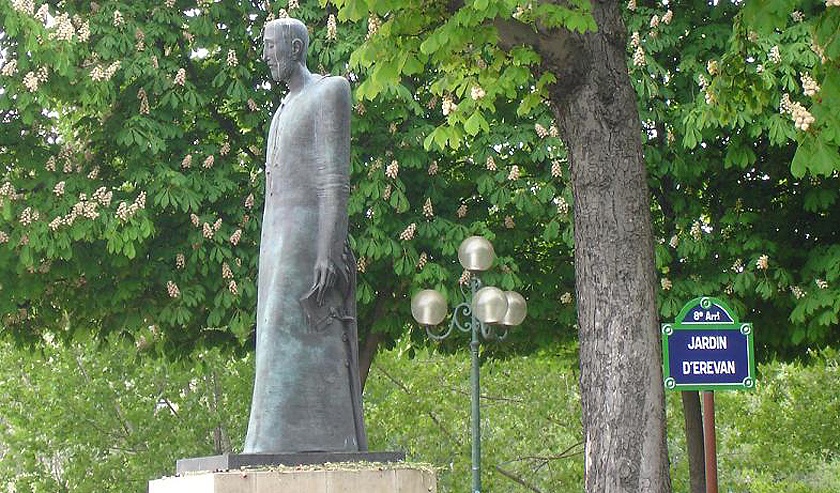 Vandals have desecrated the monument of Armenian composer Komitas in Paris. The statue was vandalized with ‘It’s fake’ grafitti. 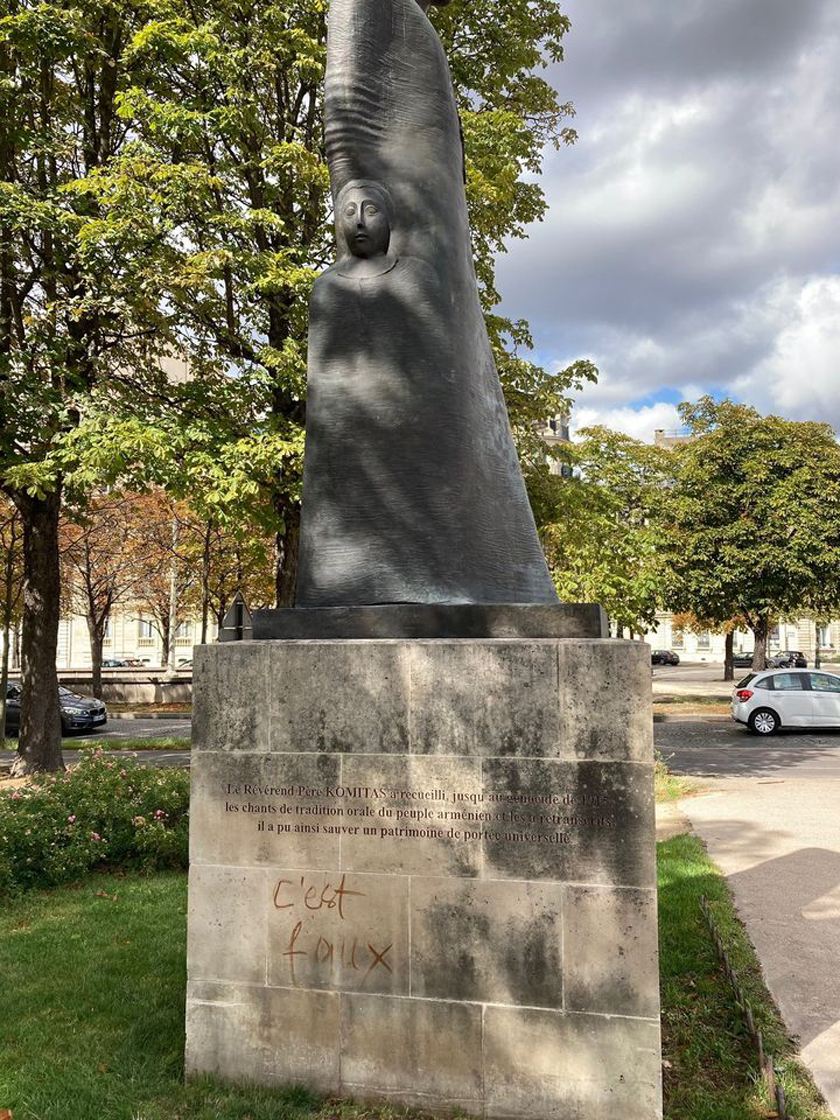