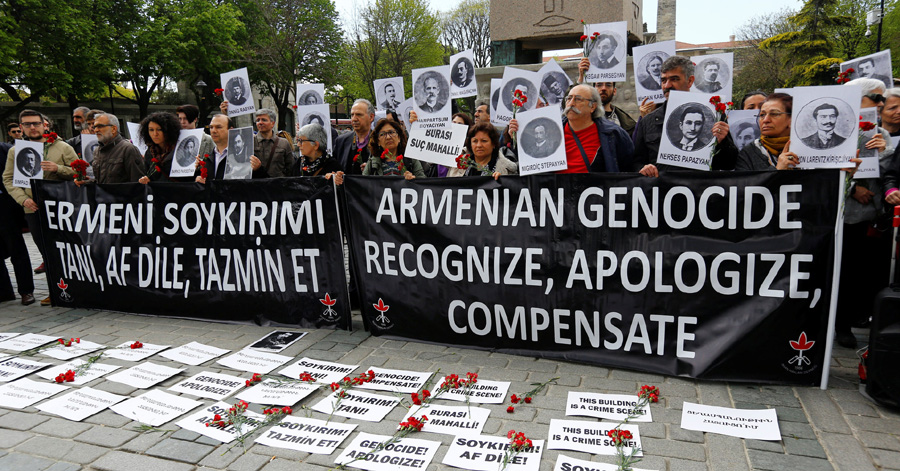 (Armradio) – 104 years after the Armenian genocide, the situation has not improved in terms of Turkey’s policy, expert of Turkish studies Ruben Safrastyan says. Furthermore, according to him, the atmosphere of fear has strengthened in Turkey over the past years, and this, in turn, affects the truthful speeches

Speaking to reporters today, Safrastyan said the voice of brave representatives of Turkey, who had been trying to speak the truth about the Armenian genocide, has now weakened. H believes the trend will be maintained in the coming years.

“We see an atmosphere in Turkey that aims to silence the public,” he said.

According to him, the policy of denial has not undergone changes in Turkey, while he atmosphere is less conducive to speaking the truth about the Armenian Genocide.

Expert of Turkish studies Anush Hovhannisyan notes, in turn, that “the window of 2009-2010 that enabled a small number of media outlets and intellectuals to discuss the issue is now closed.”

Speaking about the international recognition of the Armenian Genocide, Ruben Safrastyan noted that the process intensifies, when the relations with Turkey reach a “bad haven” and aggravate.

“When the Turkish-Israeli relations aggravate, Knesset starts actively discussing the issue, and everyone forgets about it, when relations normalize,” Safrastyan says.

Anush Hovhannisyan also sees no changes in Turkey’s official policy regarding the Armenian Genocide, and an evidence of this is Ankara’s response to French president Emmanuel Macron’s decision to declare April 24 as Armenian genocide commemoration day and the Italian Parliament’s vote on Armenian Genocide motion.

According to her, Ankara has already sent a delegation to prevent the discussions on the Armenian Genocide Resolution in the US Congress.

“Every effort will be made to prevent the passage of the resolution. That means official Ankara will maintain it policy of denying the Armenian Genocide, condemning all countries and parliaments that adopt genocide resolutions,” she said.