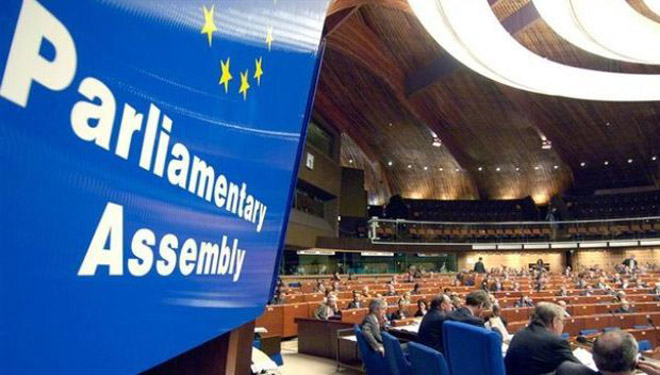 The Monitoring Committee of the Parliamentary Assembly of the Council of Europe (PACE) adopted on Wednesday the report by Sir Roger Gale (United Kingdom, EC/DA), which takes stock of its activities from January to December 2019 and makes a series of assessments of the progress of the countries subject to a monitoring procedure or engaged in post-monitoring dialogue.

The adopted text underlines that there are ten countries under a full monitoring procedure –Albania, Armenia, Azerbaijan, Bosnia and Herzegovina, Georgia, the Republic of Moldova, the Russian Federation, Serbia, Turkey and Ukraine – and three countries engaged in a post-monitoring dialogue – Bulgaria, Montenegro and North Macedonia.

The committee welcomed the positive developments and the progress made during this period or expressed concern about remaining shortcomings in a number of countries “that undermine their democratic consolidation”, as well as making specific recommendations to the countries concerned.

With regard to Armenia, PACE welcomes the organization of legislative elections in line with international standards, the country’s commitment to combat corruption and to reform of the judiciary with a view to strengthening its independence.

The assembly expresses its concerns about the challenges faced by the Armenian judiciary from all sides in ensuring its independence and impartiality; continuing prevalence in the Armenian society of intolerance and negative stereotypes regarding LGTBI persons and other minorities and the obstacles placed by some groups in society of the still outstanding ratification of the Istanbul Convention on Preventing and Combating Violence Against Women and Domestic Violence.

The draft document urges all the countries that are under a monitoring procedure or engaged in a post-monitoring dialogue to step up their efforts to fully honor all membership obligations and accession commitments to the Council of Europe.