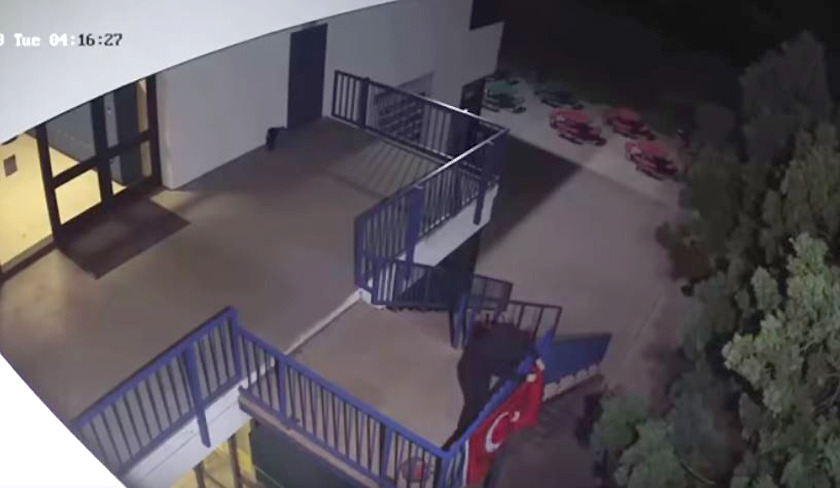 On January 29, 2019, the suspect jumped the front gate and zip-tied twelve flags throughout the Holy Martyrs Armenian church/school. The suspect then fled the location. Video surveillance captured the suspect’s actions.

During the investigation, detectives learned of a similar incident at another school within the Los Angeles Police Department’s Topanga Division at AGBU Manoogian-Demirdjian School.

Both locations are Armenian churches/schools.

The suspect is described as a male who is approximately 5 feet 8 inches to 5 feet 11 inches tall. He was wearing a black mask, black hooded sweatshirt, black pants and black shoes.