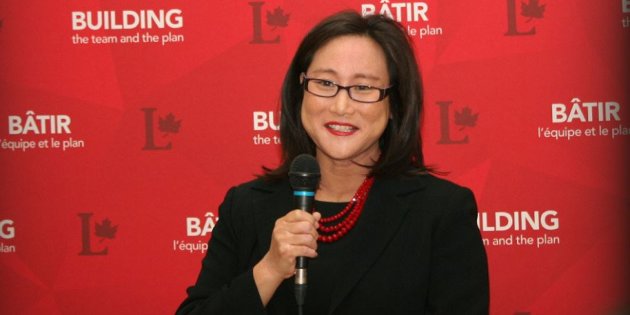 On Wednesday, May 23rd, 2018, Member of Parliament for Scarborough-Agincourt and a member of the Canada-Armenia Parliamentary Friendship Group, MP Jean Yip of the Liberal Party, read a statement marking the centennial of the independence of the First Republic of Armenia.

“Only two years after its founding in 1918, Armenia was invaded by the Soviet Union, leaving its people, who had so recently achieved their freedom, once again without their own nation. With the collapse of the Soviet Union in September 1991, Armenia regained its independence and remains free to this day.”

She concluded her statement by saying “This year, during the month of May, Canadians of Armenian background and communities around the world will celebrate this milestone and remember the sacrifices made by the Armenian people.”

The Armenian National Committee of Canada welcomed MP Yip’s statement and thanked her and her staff for their continuous hard work in ensuring that issues of interest to the Armenian-Canadian community continue to be well-represented in Ottawa and across Canada.

“We sincerely thank MP Yip for marking this milestone and joining the Armenian-Canadian community in celebrating this important chapter in Armenian history” said Sevag Belian, executive director of the ANCC, who was in the gallery of parliament during the statement.

“The first republic of Armenia was and continues to be a great inspiration to the Armenian people, who after centuries of foreign subjugation and against great odds, were able to regain their independence and lay the foundations of the current day Armenian Republic” added Belian.