Journalists wounded in second attack on Ghazanchetsots Church in Shushi 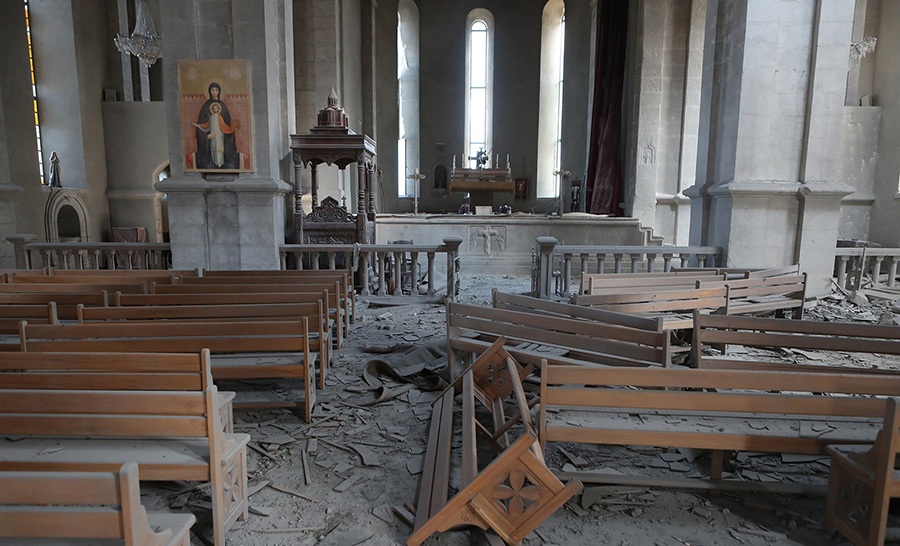 Armradio – According to BILD reporter Paul Ronzheimer, journalists were inside the church to film the attack.

“New attack on church in Shushi just now, several journalists were inside to film destruction of first attack when this happened. We don’t know yet it there are injured people,” he said on Twitter.