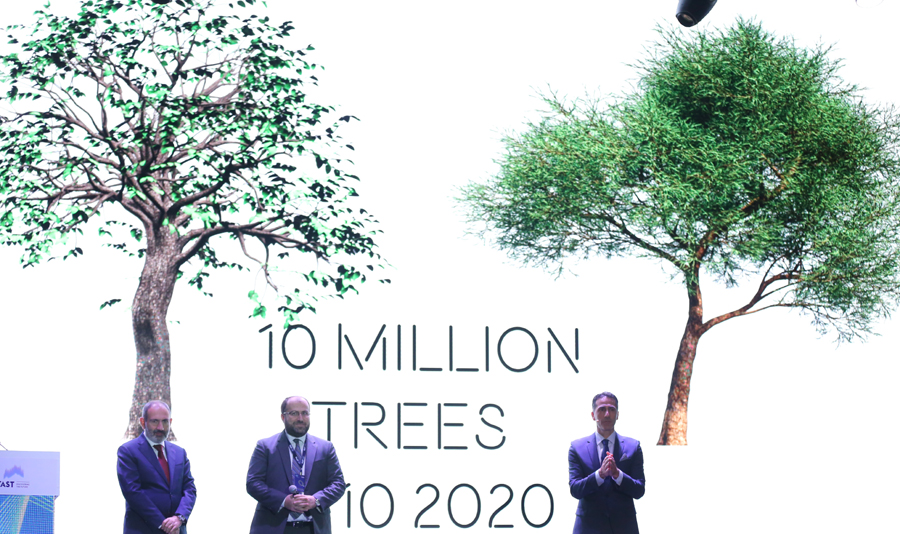 In October, Armenia became the innovation hub of the world. More than 90 scientistsand and 1000 participants from 20 countries took part in the Global Innovation Forum called “Transforming Intelligence” which was held from the 16th to the 18th of October 2019, and was organized by the Foundation of Armenian Science and Technology (FAST).

The GIF19: Transforming Intelligence forum was started by founding CEO of FAST foundation member, Armen Orujyan. He mentioned. “We used to look at the human being through the lenses of – “I am what I am.” In the era of technology, we look at us the lenses of, “I am what I want to be.” It is not an out of body desire, rather it is fate that is controlled by the species itself. And, how now that physical and social construct changes when you apply Artificial Intelligence. How do we improve our bodies with new discoveries in genomics, genetics, and biotechnology in general?”

GIF acts as a platform to bridge academia, industry, governments, policymakers, international organizations and financial institutions assembling the brightest minds and executives from diverse worlds to shape the future of scientific and technological transformation.

The second Global Innovation Forum (GIF) on “Transforming Intelligence” was set to explore the impact of AI on science and society from the scientific, technological and industrial perspectives. At GIF19 leading scientists and thought leaders were engaged in academic discussions, and visionary debates shared their expertise and research findings. The GIF19 was held in the atmosphere of futurism enlivened with an immersive experience.

The co-founder and the member of the board of FAST Ruben Vardanyan in his speech mentioned. “We believe strongly that the world is changing. And the world is changing the way in which we will see very important transformations. The human being is not not based on how much money he or she earns or what is their professional development. The meaning of life is now superceding this. The meaning of life will become clear or at least you can get some answers only if you live in an ecosystem which allows you to professionally and personally develop yourself. So, with my partners, we are trying to create an ecosystem in Armenia which could be attractive not only to Armenians in Armenia but also Armenians who live abroad, non-Armenians who come to Armenia who feel that Armenia is a unique place where they can self-develop, and be happy”.

The co-founder and member of the board of FAST, Noubar Afeyan emphasized. ‘’We happen to be in Armenia, which is a special privilege because the promise of progress is very encouraging. Only by bringing people from all over the world, so they can learn from our experience, and we can learn from their experience. We live in a world where we are meant to be reasonable, where are meant to be logical, where we are meant to be highly knowledgeable. And yet if you ask yourself the question of why there should be the extraordinary results coming from the reasonable people doing reasonable things that’s a difficult question to answer. Reasonable states are very gradual and implemental, and we think that change in the world happens through unexpected huge leaps. And the people who make these leaps, many in the room hopefully today are completely unreasonable’’.

Dr Alex Graves Research Scientist of Google DeepMind UK mentioned. “The idea that you could talk to your computer and interact like that. I think certainly these technologies can help people with disabilities.” 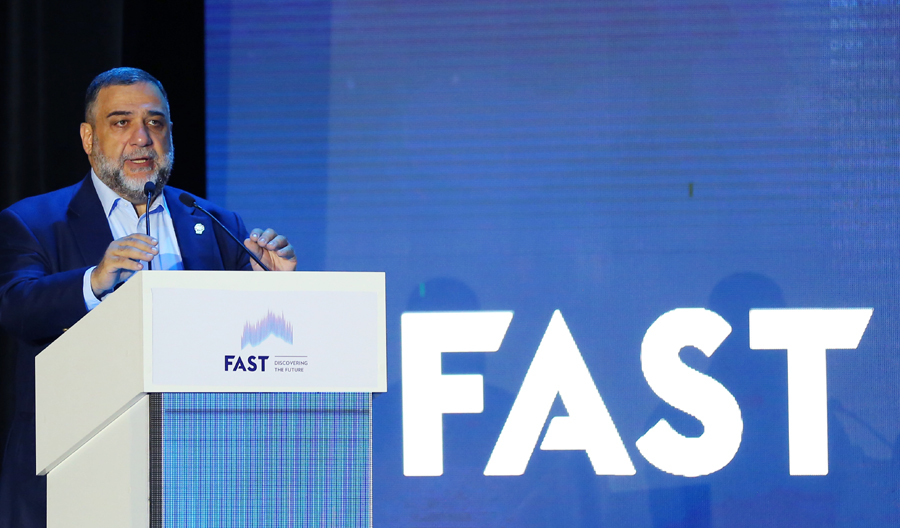 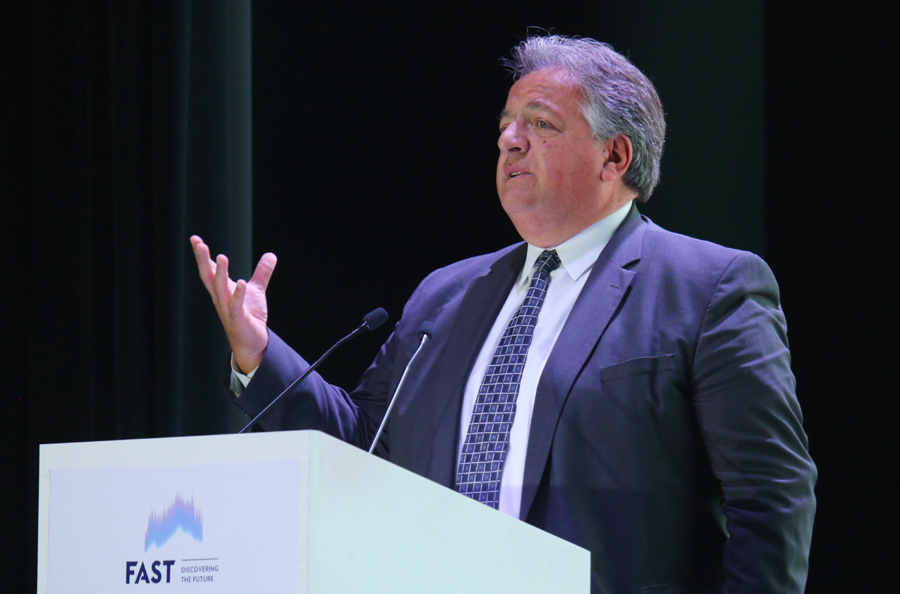 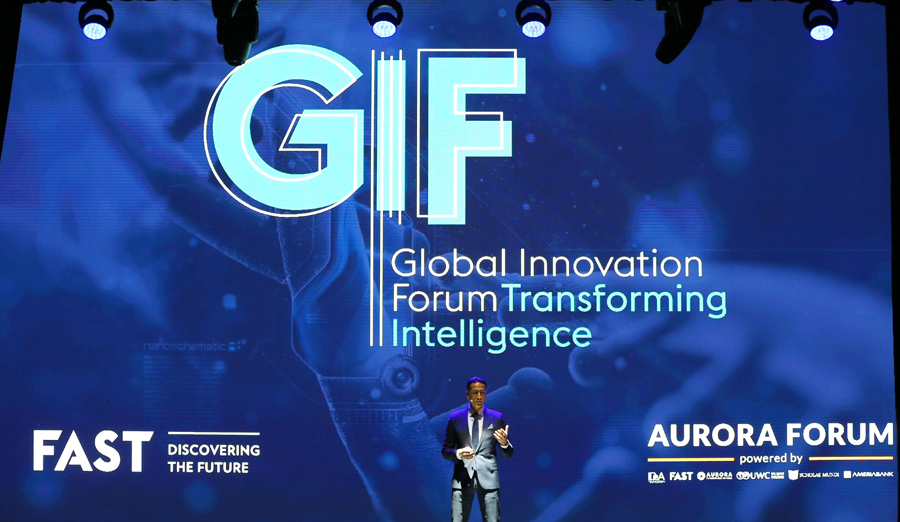 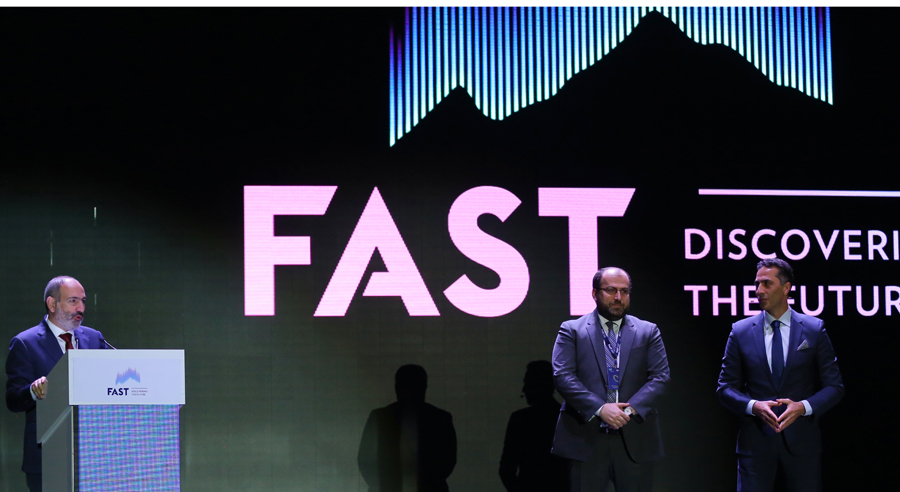 The prime minister of the Republic of Armenia also took part in the Global Innovation Forum where he made an important announcement. “I want to make a statement that relates to the very initial and traditional thinking. Before making this statement, I would like to invite the Minister of Environment of the Republic of Armenia Eric Grigoryan and the founding director of FAST Armen Orujyan to the stage.

The Foundation for Armenian Science and Technology (FAST) was established in 2017 and aims at producing an ecosystem that drives technological innovation and scientific advancement in Armenia and beyond.

FAST prioritizes the work of scientists, technologists and entrepreneurs working at the cutting edge of today’s most in-demand disciplines:

GIF was held during the Aurora Forum, which is a new arena for global citizens who aspire to tackle the world’s pressing challenges by embracing the best humanitarian and educational practices to further social, cultural, scientific-technological developments.

The Aurora Forum is a new arena for global citizens who aspire to tackle the world’s pressing challenges by embracing the best humanitarian and educational practices to further social, cultural, scientific, and technological developments.

The Aurora Forum will demonstrate a comprehensive approach and will be powered by partner institutions.