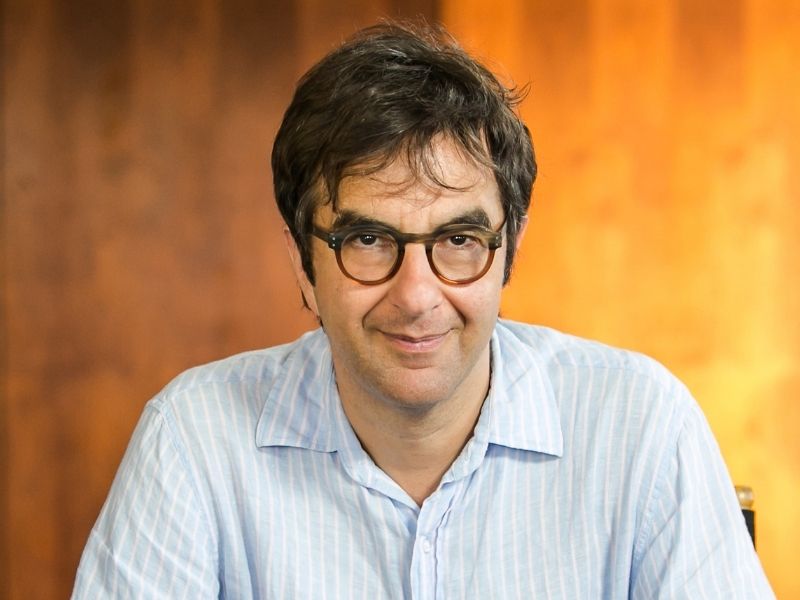 TORONTO, Ontario, Canada – Charles Falzon, Dean of The Creative School at Ryerson University, is pleased to announce the appointment of celebrated Canadian director-screenwriter-producer Atom Egoyan as the first Writer In Residence in the new Master of Fine Arts in Scriptwriting & Story Design. Egoyan’s two-year appointment to the MFA program will see him mentor and teach screenwriting students, develop and participate in events for the University and community, and serve as an ambassador for the new program.

“I’ve enjoyed my teaching experiences at Ryerson and am excited to share the things I’ve learned both as a creator of original material and in adapting the work of other writers. Story design is at the very core of my practice and The Creative School is an extraordinary laboratory for aspiring artists,” says Egoyan.

An internationally acclaimed writer, director and producer of feature films, theater and television, Egoyan is known for numerous award-winning films including Exotica, Felicia’s Journey, Ararat, Where the Truth Lies and The Captive. He has won multiple awards at film festivals including Cannes, Venice, Toronto and Berlin, and received numerous nominations for his work, including two Academy Award nominations for The Sweet Hereafter.

“I am so pleased to have Atom Egoyan, one of the most celebrated contemporary filmmakers on the international scene, join the MFA program in Scriptwriting and Story Design program at The Creative School,” says Falzon. “His knowledge and experience will be an asset to all our students.”

The MFA in Scriptwriting & Story Design is a unique, interdisciplinary graduate program that fosters and strengthens diversity of creative expression and voice, and immerses up and coming scriptwriters in the art of script-based writing for stage, screen and cutting-edge media platforms. The MFA program integrates the knowledge, experiences and talent offered by leading schools in the creative industries, including Image Arts, Performance and RTA Media, all located within The Creative School, Ryerson University’s faculty of media, design and creative industries.

“Atom’s passion for storytelling in film, television and on stage makes him the ideal Writer In Residence for our new interdisciplinary MFA program,” says Michael Coutanche, Graduate Program Director for the MFA in Scriptwriting & Story Design. “He is a master storyteller with a unique creative vision focused on engaging stories that explore the human condition. His talent, enthusiasm, and mentorship skills will be a major influence on our up and coming writers in the MFA program. We’re excited to work with him.”

A Companion of the Order of Canada, Egoyan has taught previously at the University of Toronto and was a Distinguished Scholar in Residence at the School of Image Arts at Ryerson.