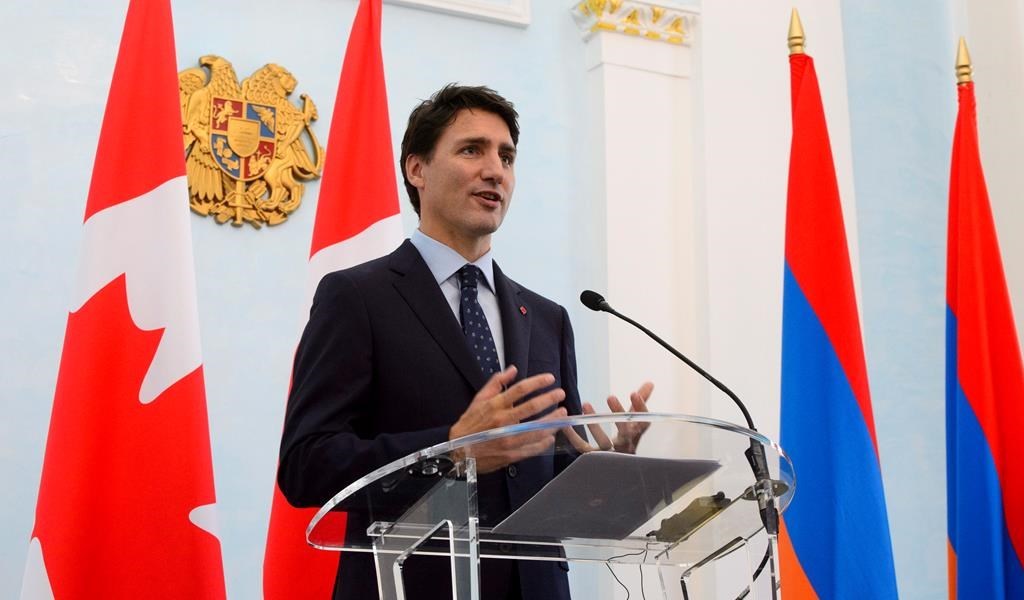 In the letter, the ANCC addressed the grievous peace agreement that was signed on November 9, 2020, by Russia, Armenia and Azerbaijan and urged Canada to go beyond just statements and take decisive action to save the Republic of Artsakh and permanently ban the destructive and irresponsible sale of arms technology to Turkey.

The letter, signed by ANCC Co-Presidents Hrag Darakdjian and Shahen Mirakian said “This disastrous agreement poses a very real threat to the long-term stability and security in the South Caucasus region. Moreover, the ramifications of this agreement will pose a significant danger to the national identity of Armenia and Artsakh, will de-stabilize Armenia’s economic potential, threaten the demographic composition of the region, all the while paving the way for Turkey and Azerbaijan to continue their state-sponsored campaigns of ethnic cleansing and cultural appropriation in Artsakh and beyond.”

The so-called trilateral peace agreement was signed outside the framework of the OSCE Minsk Group co-chairmanship that since 1990’s has been responsible for the mediation of the conflict.

The letter also addressed the complete absence of decisive action from Canada and the rest of the international community that allowed Turkey and Azerbaijan to continue their crimes with impunity.

Moreover, the use of Canadian drone technology by Azerbaijan was strongly criticized, noting that without the use of such sophisticated technology, Azerbaijan would have not had the necessary strategic advantage over Armenia nor the ability to kill scores of innocent Armenians.

“Whatever the arrangements or ill-advised considerations may have been to grant these destructive exemptions, the government must come clean and realize that the Turkish Bayraktar TB2 drones, illegally transferred to Azerbaijan, equipped with their most essential feature – the WESCAM target acquisition gear – is what gave the Azerbaijani Army the advantage over the less sophisticatedly equipped Defense Army of Artsakh. That very advantage has now led us to today’s egregious peace agreement and the effective destruction of the Republic of Artsakh.” said Darakdjian and Mirakian in the letter.

In late October, the ANCC had asked the government to dispatch diplomatic staff from the Moscow Embassy to Yerevan, in order to verify the evidence first hand and conclude the investigation. Despite many attempts, no action was taken.

“Canadians deserve answers as to why and how these exemptions were made in the first place, given that in October 2019, the government placed a ban on all arms exports to Turkey.  That very exemption not only has cost the lives of innocent Armenian civilians, it has had a very negative impact on Canada’s international reputation as a peacemaking nation. This alone warrants a much stronger position that must be adopted by the Government of Canada against the joint Turkish-Azerbaijani aggression.” added Darakdjian and Mirakian.

To this effect, the ANCC urged the government to go beyond just statements and take decisive and swift action based on a number of policy suggestions that were listed in the letter.

The policy suggestions urge the government to; 1) Recognize the independence of the Republic of Artsakh to bring lasting peace and deter a second genocide of the Armenian people, 2) Enforce a permanent and unconditional ban on arms sales to Turkey and Azerbaijan in light of the irrefutable evidence that is now publicly available, 3) Publicly condemn the ongoing aggression from Turkey and Azerbaijan, 4) Establish a permanent Embassy in the Republic of Armenia, 5) Continue working with NATO allies to impose the necessary sanctions on Turkey and reconsider its membership. Apply similar sanctions on Azerbaijan, 6) Advocate for the peaceful and just settlement of the conflict within the framework of the OSCE Minsk Group co-chairmanship that recognizes and respects Artsakh’s Independence and right to self-determination,

The ANCC is committed to working with government to continue advocating for the full and unconditional recognition of the Republic of Artsakh and for all other related matters to ensure the Armenian people’s safety, security and right to independence and self-determination.