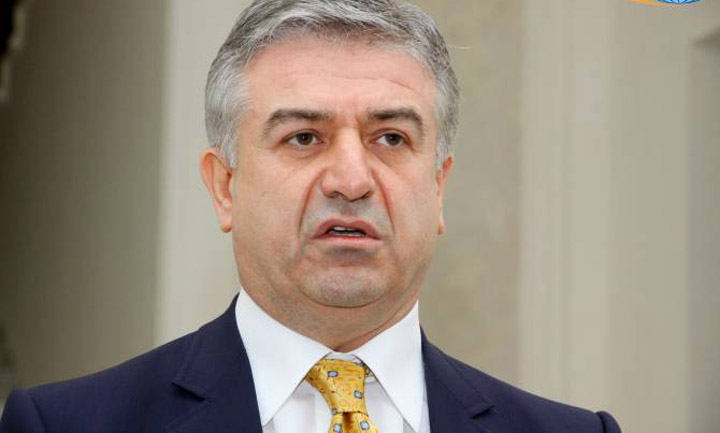 ARMENPRESS – Acting Prime Minister of Armenia Karen Karapetyan sees the solution in the current situation in all political forces sitting at a negotiations table within the framework of the Constitution.

Asked by ARMENPRESS at a April 25 press briefing if he doesn’t fear that the situation will escalate again, the acting PM said: “I have both fears and a solution. I have proposed for all political forces to sit down and negotiate within the framework of the Constitution and rules and that none of us dictates will to each other. And it is maximally necessary to return to normal course of life, we won’t have anything good from this”.

Within the framework of political processes, the acting PM suggests snap elections.

According to Karapetyan, it isn’t him that rules out the election of a street-popular candidate of PM, but the law.

The acting PM noted that the political force which is in favor of changes has the chance to nominate its candidate in the parliament under the active Constitution. “Let them nominate and not claim to be the people’s choice when the election hasn’t been made,” he said.

Earlier on April 24, opposition leader Nikol Pashinyan told a press conference that the people’s candidate should be decided in the Republic Square of Yerevan. Pashinyan suggested announcing the name of the candidate and it will be decided by the people’s response.

On April 25, the President of Armenia announced he is starting consultations with both parliamentary and extra-parliamentary political parties.