Russian peacekeepers to be deployed in parts of Armenian-Azeri border 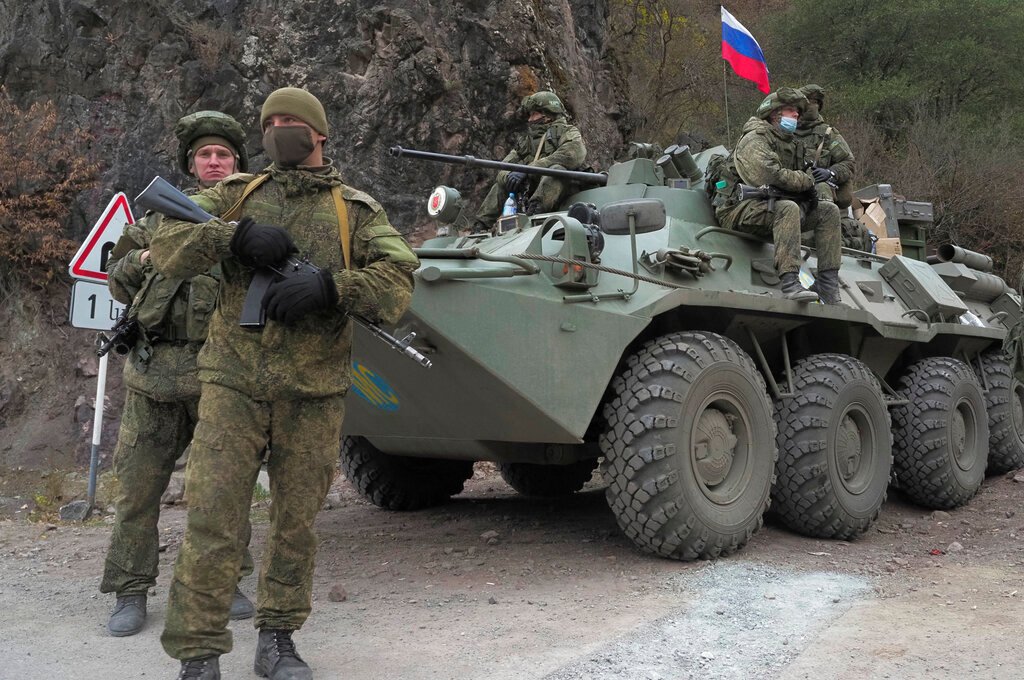 Russian peacekeepers will be deployed in some areas of the Armenian-Azerbaijani border in the province of Syunik, Armenia, the Defense Ministry reports.

During his visit to Syunik on Thursday, December 17, Defense Minister Vagharshak Harutyunyan held a working meeting with the commander of the province’s military unit, the governor of Syunik and the regional commander of the border troops.

During the meeting, the sides discussed issues of delimitation between Armenia and Azerbaijan and the deployment of border troops.

Harutyunyan also met with officers of the peacekeeping contingent of Russia, weighed in on the control over the Goris-Stepanakert road, as well as the deployment of Russian peacekeepers on the border of Armenia and Azerbaijan.