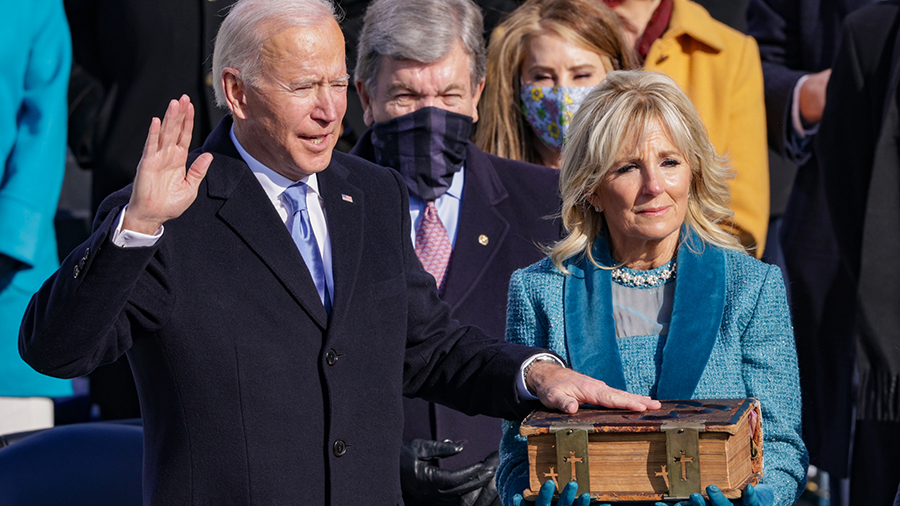 The Armenian National Committee of America (ANCA) has congratulated Joe Biden on his inauguration as the 46th President of the United States of America.

“In light of the past Administration’s passivity and the aggressive intervention of hostile regional powers, the United States must now pivot toward a pro-active approach that protects and promotes the Artsakh Republic’s security; holds Baku and Ankara responsible for their war crimes and ongoing hostility; strengthens the U.S.-Armenia Strategic Partnership, and; locks-in permanent U.S. Executive Branch remembrance of the Armenian Genocide,” ANCA added.

— ASSISTANCE FOR ARTSAKH/ARMENIA: An emergency $250 million humanitarian assistance package to meet humanitarian needs and safely and sustainably return Armenian refugees to their homes in Artsakh, and a new Millennium Challenge compact to support high-tech education in Armenia.

–– SANCTIONS: Global Magnitsky and other statutory sanctions against the Aliyev and Erdogan regimes for the serious human rights abuses they committed during Azerbaijan’s aggression against Artsakh, including the use of Foreign Terrorist Fighters recruited by Turkey.

— INVESTIGATION INTO U.S. PARTS IN AZERBAIJANI DRONES: A joint State Department, Pentagon, and Department of Justice investigation into U.S. parts discovered in Turkish drones used by Azerbaijan to attack Artsakh.

— RELEASE OF PRISONERS: U.S. leadership in securing Azerbaijan’s release of Armenian civilians and soldiers, many of whom have been tortured, mutilated, and murdered on social media.

— PROTECTION OF CHRISTIAN CHURCHES: A high-profile U.S. role in documenting, monitoring, protecting, and preserving Armenian churches and other holy and cultural sites in areas currently under Azerbaijani military control.

— RECOGNITION OF ARTSAKH: U.S. recognition of the Artsakh Republic’s independence as an urgent remedial action required for the very survival of the Christian Armenian population of this ancient Armenian land.

— RESET OF U.S.-ARMENIA RELATIONS: An upgraded strategic partnership focused on concrete economic and military cooperation that supports and sustains the security of both Armenia and Artsakh.