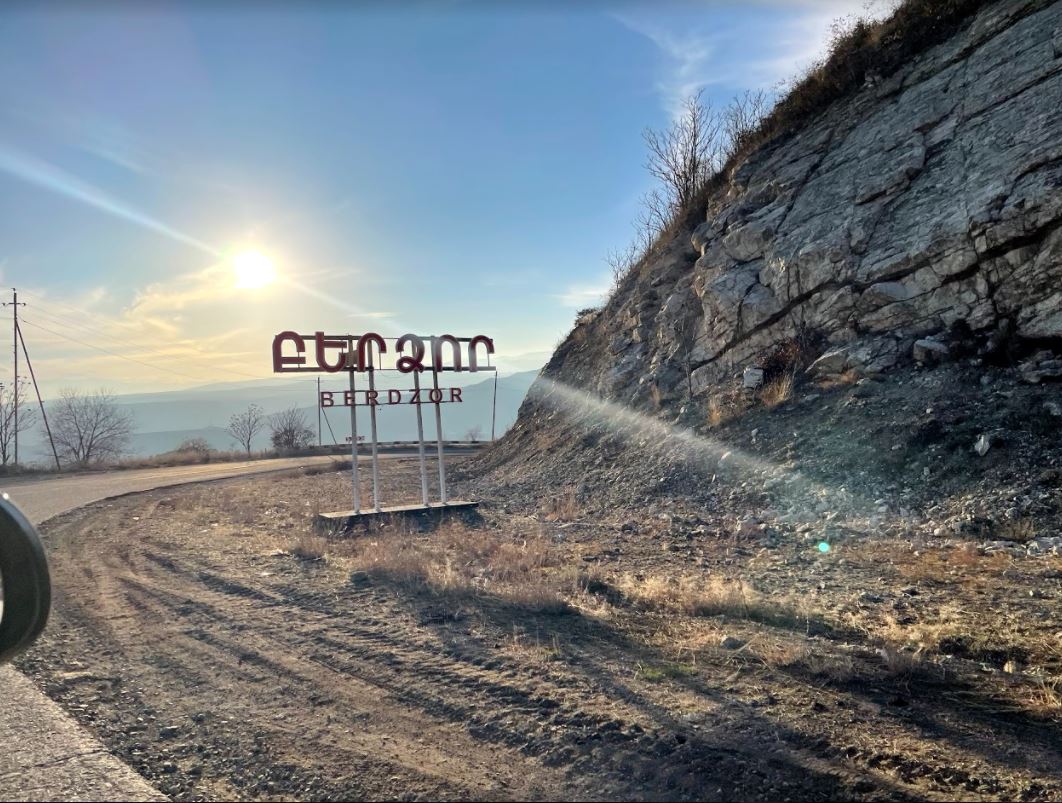 On August 1 and August 3, Azerbaijan launched a new limited military operation along the line of contact between Azerbaijan and the Nagorno Karabakh Republic. As a result of this new escalation, Azerbaijan claimed the capture of several strategic heights, which, according to Azerbaijani sources, allowed them to visually control several villages in Nagorno Karabakh and part of the Stepanakert–Martakert highway. The announced reason behind this escalation was Azerbaijan’s demand to stop using the current Goris–Stepanakert highway running through Berdzor, move the Armenian population out of Berdzor and surrounding villages and shift transport flow to the newly-built alternative highway.

To better understand this recent escalation, we should look back to the Azerbaijani strategy employed since November 2020. At the strategic level, Azerbaijan has two primary goals – to reduce the numbers of Armenians in Nagorno Karabakh as much as possible and to push out Russian peacekeepers from Nagorno Karabakh in November 2025. The latter goal will significantly contribute to the realization of the first one, as most Armenians will follow the Russian peacekeepers and leave their homeland. Theoretically, few Armenians, who have neither financial nor other resources to leave, may remain in Nagorno Karabakh and live under Azerbaijani control after the withdrawal of Russian peacekeepers. Azerbaijan probably will use this handful of persons for PR purposes, organizing international media tours to Karabakh and chatting about tolerant Azerbaijani society. However, it will not change the reality that most Armenians will be forced to leave Karabakh, which will soon become the new Nakhichevan.

According to Azerbaijani logic, Baku should not repeat the mistake made by Armenia in 1994, as after the decisive military victory, Armenia did not force Azerbaijan to sign a final deal fixing the status of Nagorno Karabakh. Azerbaijan wants to fully utilize the benefits of its military victory in 2020 and finish with the Nagorno Karabakh issue as soon as possible. Azerbaijan is concerned that if current uncertainty around the future of Nagorno Karabakh continues for several years, the potential domestic changes in Armenia and shifting regional balance of power may create a more favorable situation for Armenia to resist Azerbaijani pressure.

The construction of the new road, which bypasses Berdzor, and forcing Armenians to withdraw from the city and surrounding villages are a part of that strategy. The new highway will complicate the connection between Armenia and the Nagorno Karabakh Republic. As all communications – a gas pipeline, high voltage electricity transmission lines and fiber optic cables – pass through the old road, Azerbaijan may find a plethora of reasons to cut them all and force the Armenian population of Nagorno Karabakh to either buy gas, electricity and internet from Azerbaijani providers or go back to the 19th century.

Meanwhile, the change of the road and withdrawal from Berdzor and surrounding villages are not the only demands of Azerbaijan. Baku argues that the Defense Army of the Nagorno Karabakh Republic is an illegal military organization and requires its dissolution. Otherwise, Azerbaijan threatened a new military operation under the guise of the so-called “anti-terrorist operation” to dismantle illegal military units. As Armenia finished withdrawing all conscripted soldiers from Nagorno Karabakh, the dissolution of the Defense Army will make the Armenians of Nagorno Karabakh feel less secure and contribute to their immigration to Armenia or elsewhere. Several thousand Russian peacekeepers cannot protect the entire line of contact, especially given the absence of trenches or other fortifications. On a political level, as Azerbaijan rejected signing the mandate of peacekeepers, they do not have any confirmed rules of engagement, which put them in a complicated situation.

In April 2022, the Armenian prime minister stated that the international community wanted Armenia to lower the bar on the status of Nagorno Karabakh. However, no further explanations were provided on what Armenia understands under this idea. Is Armenia ready to recognize Nagorno Karabakh as a part of Azerbaijan with broad autonomy and under solid international guarantees, or is Armenia ready to accept “so-called cultural autonomy,” which will provide Armenians in Nagorno Karabakh Armenian language classes in schools? Meanwhile, the Armenian government continues blaming Russian peacekeepers for not properly executing their responsibilities after every escalation, increasing tensions in Armenia–Russia relations and stoking more anti-Russia sentiments in Armenia. This pattern also repeated after the escalation on August 1 and August 3. There is a perception that the Armenian government would like to shift the blame on Russian peacekeepers for surrendering Berdzor and surrounding villages to Azerbaijan, presenting this as a result of the Russia–Azerbaijan deal against Armenian interests.

Directing criticism against Russian peacekeepers and stoking anti-Russian sentiments in Armenia are in line with the US and EU interests in the region, which would like to see less Russia in the South Caucasus, including no Russian troops in Nagorno Karabakh. Simultaneously, the high-level Armenian officials continue to speak about the significance of the Armenia–Russia strategic alliance while asking Russia to put more Russian border troops along some parts of the Armenia–Azerbaijan borders.

The contradicting statements and actions by the Armenian government and the lack of clarity about the government’s strategy toward the future of Nagorno Karabakh create confusion among Armenian partners and allies. This confusion only strengthens Azerbaijani positions in the region and makes Armenia and Nagorno Karabakh more vulnerable to Azerbaijani military blackmail.

Dr. Benyamin Poghosyan is the founder and chairman of the Center for Political and Economic Strategic Studies. He was the former vice president for research – head of the Institute for National Strategic Studies at the National Defense Research University in Armenia. In March 2009, he joined the Institute for National Strategic Studies as a research Fellow and was appointed as INSS Deputy Director for research in November 2010. Dr. Poghosyan has prepared and managed the elaboration of more than 100 policy papers which were presented to the political-military leadership of Armenia, including the president, the prime minister and the Minister of Foreign Affairs. Dr. Poghosyan has participated in more than 50 international conferences and workshops on regional and international security dynamics. His research focuses on the geopolitics of the South Caucasus and the Middle East, US – Russian relations and their implications for the region, as well as the Chinese Belt and Road Initiative. He is the author of more than 200 academic papers and articles in different leading Armenian and international journals. In 2013, Dr. Poghosyan was a Distinguished Research Fellow at the US National Defense University College of International Security Affairs. He is a graduate from the US State Department Study of the US Institutes for Scholars 2012 Program on US National Security Policy Making. He holds a PhD in history and is a graduate from the 2006 Tavitian Program on International Relations at Fletcher School of Law and Diplomacy.