“We lived with his songs,” President Emmanuel Macron’s eulogy for Charles Aznavour 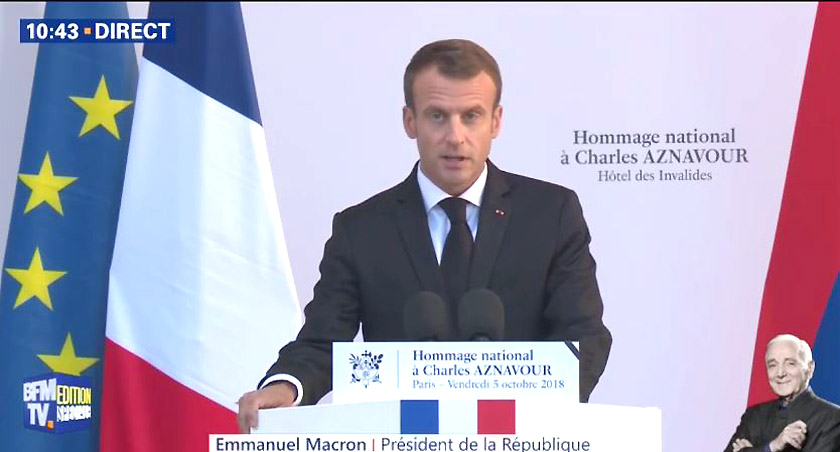 President of France Emmanuel Macron delivered a eulogy for Charles Aznavour during the national homage ceremony in Les Invalides complex in Paris.

In his speech, Macron stressed that Aznavour wanted to live a century, which he had promised to do.

“And it was his final challenge for life. He always wanted to live insatiably, laugh, dream, but death struck few years before this threshold. And we were surprised, and we grieved a lot, because we didn’t think that something could oppose his legendary will. This emptiness brought darkness on us. He was the healing for thousands, he was a power, and now he is leaving us,” Macron said.

The French president added: “We got used to this man always being present in our lives and unite us all. He had become one of France’s faces. All of us sing Charles Aznavour, sometimes forgetting the lyrics,” Macron said.

“We lived with his songs,” he said. “The son of an Armenian immigrant was a state within a state, a homeland within a homeland.”