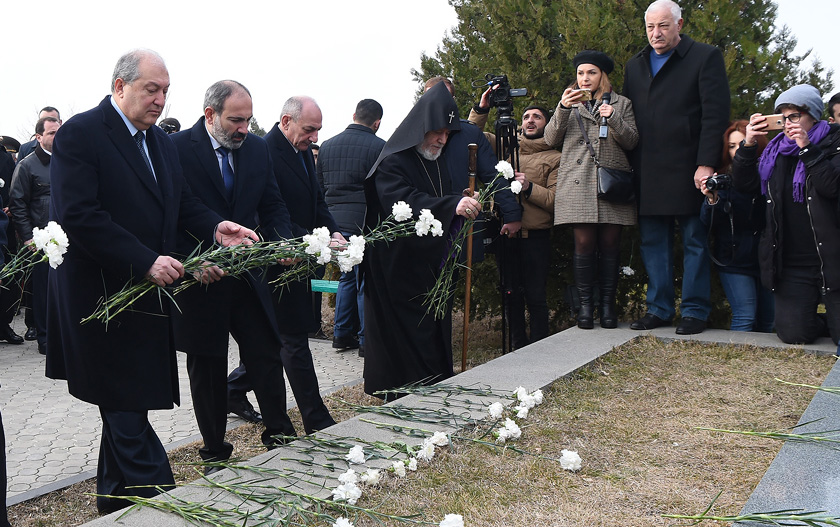 The Prime Minister laid flowers at the graves of Vazgen Sargsyan and Andranik Ozanyan, the memorials to missing and fallen freedom fighters.

The President then had a look at the project of construction on Yerablur Museum and the ongoing construction works.

Armenia celebrates the 27th anniversay of the Army today.