US House Votes Overwhelmingly to Lock in Armenian Genocide Recognition, Rejecting Turkey’s Denial of This Crime 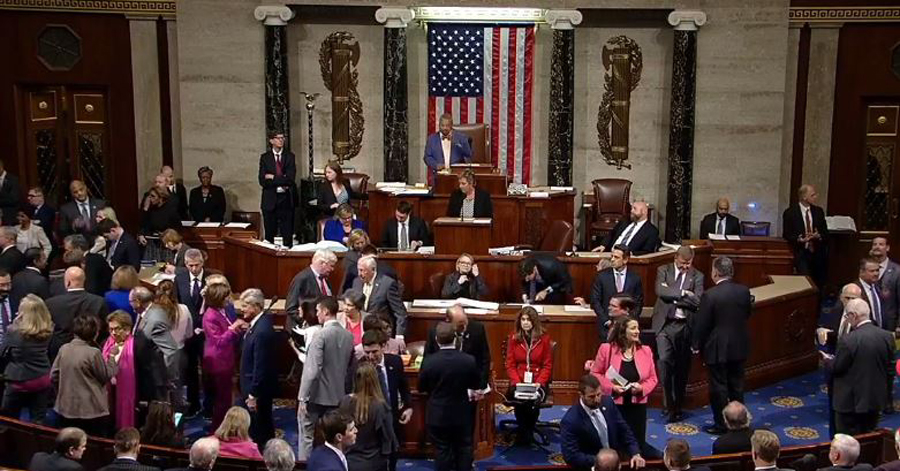 WASHINGTON, DC – In a major blow to Ankara’s obstruction of justice for the Armenian Genocide, the U.S. House today voted overwhelmingly to pass H.Res.296, an Armenian National Committee of America (ANCA) – backed measure locking in ongoing U.S. recognition of this crime and officially rejecting Turkey’s denial of the genocide it committed against Armenians, Greeks, Assyrians, Chaldeans, Syriacs, Maronites and other Christian nations.  The Armenian Genocide Resolution (H.Res.296) was adopted by a vote of 405 to 11 with 3 voting present.

ANCA Executive Director Aram Hamparian stated, “The ANCA welcomes the U.S. House of Representatives vote overriding the longest-lasting foreign veto in American history – Ankara’s gag-rule against honest American remembrance of the Armenian Genocide. We must now move forcefully toward a truthful, just and comprehensive resolution of Turkey’s crime against humanity that killed over 1.5 million innocent Armenians.”

Hamparian continued, “While much can be said of today’s vote – this is crystal clear. First, this vote exposed – in powerful ways – Ankara’s attempts to enlist America in its obstruction of justice for the Armenian Genocide. Second, this vote places America on the side of justice, which has, for far too long, been denied to the victims and surviving generations of the Armenian Genocide.”

The Armenian Genocide Resolution (H.Res.296) establishes, as a matter of U.S. policy, 1) the rejection of Armenian Genocide denial, 2) ongoing official U.S. government recognition and remembrance of this crime, and 3) support for education about the Armenian Genocide in order to help prevent modern-day atrocities.  Representatives Adam Schiff (D-CA) and Gus Bilirakis (R-FL) led the House effort, while Senators Bob Menendez (D-NJ) and Ted Cruz (R-TX) are spearheading the Senate measure (S.Res.150).

The ANCA has consistently pushed back against Turkey’s denials, striving to put America on the right side of the Armenian Genocide. Thousands of letters and phone calls have already been sent to Congress by Armenian American advocates through the ANCA online portal.

For more information on the Armenian Genocide: www.anca.org/HRes296.