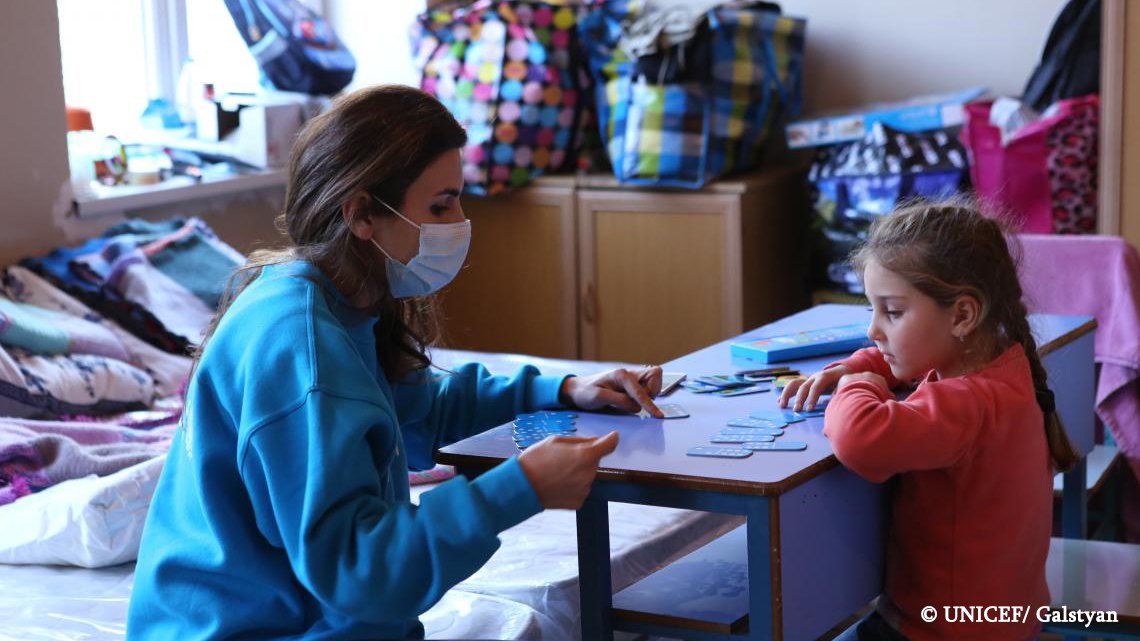 The United Nations has released $2 million for the delivery of lifesaving humanitarian assistance to people who have sought refuge in Armenia as a result of the recent conflict in and around Nagorno-Karabakh. These funds will immediately support the Armenia Inter-Agency Response Plan launched last week, which outlines resource needs for the UN and humanitarian partners to meet the critical needs of those displaced and host communities.

Six weeks of fighting last year in the Nagorno-Karabakh area ended with a trilateral ceasefire statement on 9 November, after more than 90,000 people, mostly women and children, had been displaced to Armenia.

“The United Nations began supporting people forced to flee their homes at the onset of the conflict and will continue as long as people remain vulnerable” said the UN Resident Coordinator in Armenia, Shombi Sharp. The UN is committed to supporting and ensuring the protection, especially of the women, men, girls and boys from in and around Nagorno-Karabakh who are in Armenia and who have been impacted by the recent conflict.

Funding from the UN’s Central Emergency Response Fund (CERF) will help provide prioritized assistance for persons in refugee-like situations and host communities. Delivered through UNHCR, UNICEF and IOM, this will include protection support to ensure that all vulnerable groups, especially children, have access to schools, psychosocial support and primary health services, as well as shelter and non-food items assistance to endure the winter. Women, children, the elderly and people with disabilities will be prioritized for life-saving assistance as the funding is disbursed.

The Response Plan scales up support already provided since the beginning of the conflict. From October until December 2020, the UN agencies and partners distributed over 33,330 non-food items, including bedding items, towels, hygiene supplies, and household items, in addition to providing 1,000 foldable beds, psycho-social support services to women and children and covering the utility costs for 64 collective shelter facilities. Some 11,500 school-age children, who are currently enrolled in primary and secondary education in Armenia, were also assisted. Further, hundreds of metric tons of food assistance has been provided to approximately 18,000 people each month, along with a number of other actions.