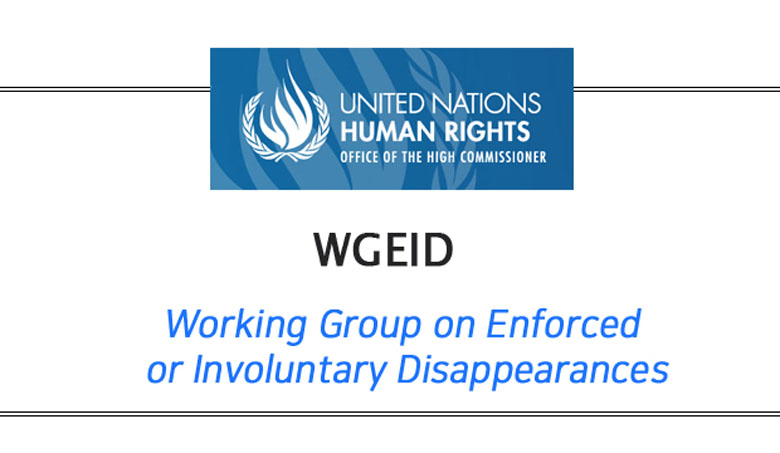 Recently the Holy See of Etchmiadzin, the Great House of Cilicia, Armenian Evangelical World Council, the Armenian Missionary Association of America and the AGBU together welcomed an effort by various bodies of the United Nations, which called for a probe into the fate of millions of Armenians who were forcibly deported by the Ottoman Empire. Below is the text of the announcement.

Guided by pan-Armenian interests on behalf of our respective organizations and institutions, we welcome the joint action of multiple human rights bodies. The United Nations Working Group on Enforced or Involuntary Disappearances, the UN Special Rapporteur on the promotion and protection of the right to freedom of opinion and expression, and the UN Special Rapporteur on the promotion of truth, justice, reparation and guarantees of non-recurrence, which, in the framework of their mandates, addressed a Joint Allegation Letter to the Government of the Republic of Turkey.

This Joint Allegation marks an important step in the process of demanding from the Republic of Turkey to come to terms with the past, and primarily to fulfill its duty of investigation and to ensure the right of victims to the truth, justice, and reparations.

It stresses the alleging violations attributable to Turkey in relation to the tragic events that affected the Armenian minority from 1915 to 1923, and their consequences for the population concerned.

It expresses concern at the reported Turkish State denial, at the legislation restraining freedom of opinion and of expression related to some wording, and ensuing lack of progress in establishing the truth and ensuring justice for the forcible deportation of Armenians between 1915 and 1923, which resulted in massive suffering, ill-treatment and deaths.

It also emphasizes that this situation affects the dignity of victims and of their descendants.

The Mandates holders solicited the observations of the Government of Republic of Turkey concerning the submitted allegation, in particular:

The Government of Turkey, on May 17, bluntly refused to answer those questions by UN human rights mechanisms.

We praise the special procedures engaged by the WGEID and the two Special Rapporteurs and we support the pursuit of this unprecedented and important process.

While this effort is not a substitute for genocide recognition or full and adequate reparations for the mass atrocities and confiscations of properties suffered by the Armenians during this period, actions by the relevant United Nations human rights organs would constitute significant steps toward the disclosure of the truth and redress for this open wound on humanity.

The full text of the Joint Allegation letter is available online.